The U.S. economy, well into its 10th year of growth, still has a spring in its step. And it’s all the more visible when set against a tiring global picture.

A robust January jobs report on Friday showed that America’s companies are, for now, brushing off an array of economic perils and still hiring at a brisk pace. The risks that for months had induced hand-wringing among economists about a possible looming recession appear to have had little effect on employers.

Overseas growth is stumbling, led by weakness in China, the world’s second-largest economy. Europe is hamstrung by a recession in Italy and the potential for an unruly Brexit. A trade war between the U.S. and China and higher U.S. mortgage rates, partly engineered by the Federal Reserve, remain threats.

No matter. Employers added 304,000 jobs in January — the healthiest burst of hiring in nearly a year. The unemployment rate ticked up a notch to a still-low 4 percent. But that was mostly because thousands of furloughed federal workers were considered temporarily unemployed because of the partial government shutdown. That quirk should reverse itself this month.

So why is the United States doing so well? And will the sluggish global economy eventually depress U.S. exports and economic growth?

Trends that had looked alarming a month or two ago now appear benign, perhaps even supportive of growth. The stock market, having plunged 16 percent late last year, rose 8 percent in January, its best monthly performance since 2015. Americans who are invested in stocks typically cut spending when market indexes fall steadily. That is now less likely to happen.

And suddenly the Fed under Chairman Jerome Powell looks like an economic ally. The central bank had raised its benchmark short-term interest rate four times last year — action that helped make mortgages and other consumer and business loans costlier. And in December, the Fed’s policymakers said they envisioned raising rates twice more this year.

But this week, the Fed held its benchmark rate steady and sent its strongest signal to date that it saw no need to raise rates in the coming months — perhaps even for the rest of the year. Its message ignited a rally on Wall Street, which cheered the prospect of continued modest borrowing rates for the near future.

Other factors have helped give the U.S. economy an edge over most of its major rivals. Ethan Harris, global economist at Bank of America Merrill Lynch, said the Trump administration’s tax cuts in late 2017 and a sharp increase in government spending last spring helped fuel growth.

No other major economy in the world did what we did, Harris said. The stimulus did a very good job of covering up all the blemishes of the economy, including the risks of the trade war.

Vigorous U.S. hiring in the past few months partly represents a lagged effect from faster growth over the spring and summer, Harris said. Businesses that weren’t able to quickly find and hire all the workers they wanted then have kept adding jobs in subsequent months.

The United States, with its huge domestic market, isn’t as exposed to the vagaries of the global economy as some of its counterparts overseas are. China, for example, expanded last year at its slowest pace in three decades. That slowdown has, in turn, hit German manufacturers that sold much of their industrial machinery to China, and Italian automakers, whose auto exports to China have plunged.

Though earnings at some large U.S. multinationals, like the heavy equipment maker Caterpillar, have been weak, corporate profits have so far been holding up despite the global slowdown and trade rifts. Of the companies in the S&P 500 that have reported results for the fourth quarter of 2018, 71 percent delivered profit growth that topped Wall Street forecasts, though some have cut expectations for 2019.

And China’s downturn might not last. Megan Greene, chief economist at Manulife, said in a research note Friday that Beijing’s efforts to stimulate growth appear to be having some effect.

Still, many economists, including Harris, think the U.S. economy will slow this year after expanding roughly 3 percent in 2018, the fastest pace in more than a decade. Harris forecasts that annual growth in the October-December quarter of 2018 will be just 2 percent.

He and other economists expect the impact of the tax cuts and extra government spending to fade and for the rate hikes the Fed has already imposed to hold back growth somewhat. Inevitably, too, a prolonged global slump would weaken the U.S. economy as well.

But exactly how the U.S. economy is faring is harder than usual to judge because many data reports, including the quarterly figures on growth, are still delayed from the 35-day government shutdown. The government hasn’t yet said when it will release its first estimate of gross domestic product — the broadest gauge of the economy — for the final three months of 2018.

There are hints that the U.S. economy won’t fare as well in the coming year as it did in 2018. Diane Swonk, chief economist at Grant Thornton, noted that U.S. home and auto sales are declining, a sign that they might have peaked. If so, America’s consumers may not be able to propel the economy as much as they have.

And businesses have cut back on their investments in buildings and large equipment, which suggests a reluctance to permanently expand their facilities.

They’re willing to add more people — that’s good, Swonk said. But right now they’re not willing to pull the trigger and bet on building more capacity. That undermines your foundation for future growth. 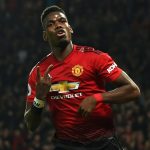 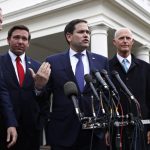 Set against a shaky global picture, US economy looks sturdy 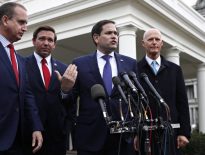 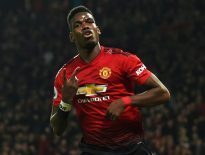