The head of the International Monetary Fund, Christine Lagarde, has warned that a US default could tip the world into recession.

In a US TV interview she said a default would result in “massive disruption the world over”.

The US Treasury will start to run short of funds on Thursday if no agreement is reached for it to raise its debt limit.

Democratic and Republican leaders in the Senate held direct talks for the first time in weeks on Saturday.

But there is little sign of any breakthrough, correspondents say.

If there is that degree of disruption, that lack of certainty, that lack of trust in the US signature, it would mean massive disruption the world over and we would be at risk of tipping yet again into recession,” she said.

The president of the World Bank, Jim Yong Kim, has also expressed his concern over the situation.

He warned that the United States is just “days away from a very dangerous moment” because of the government’s borrowing crisis.

Mr Kim urged US policymakers to reach a deal to raise the government’s debt ceiling before Thursday’s deadline.

He warned this could be a “disastrous event” for the world.

“The closer we get to the deadline the greater the impact will be for the developing world.

“If this comes to pass it could be a disastrous event for the developing world and that will in turn greatly hurt the developed economies as well,” he added.

Watch: The US debt ceiling explained

If the US does run short of cash, this could cause it to default on its debts, a development which would be likely to have a severe effect on financial markets around the world.

The BBC’s Andrew Walker said that finance ministers from other countries think the US probably won’t default, but they are uneasy and want the crisis resolved very soon.

Republicans and Democrats failed to come to an agreement on Saturday, but Senator Dick Durbin, a Democrat, said the aim was to reach a deal on extending the debt limit before markets reopen on Monday.

The White House rejected a deal for a short-term increase to the borrowing limit.

“It wouldn’t be wise, as some suggest, to just kick the debt ceiling can down the road for a couple of months, and flirt with a first-ever intentional default right in the middle of the holiday shopping season,” said President Barack Obama.

The US government has been in partial shutdown since Congress missed a 1 October deadline to pass a budget, with politicians being unable to agree funding for current spending.

This has resulted in hundreds of thousands of federal employees being sent home and government offices closing.

Republicans refused to approve the new budget unless President Obama agreed to delay or eliminate the funding of the healthcare reform law of 2010.

US Treasury Secretary Jack Lew has estimated that each week the government is shut down, 0.25% is shaved off economic growth, which was already expected to be a sluggish this quarter.

Mr Lew has also has warned that letting talks over the debt ceiling go down to the wire “could be very dangerous”.

The current debt limit of $16.699 trillion was reached in May.

Since then the US Treasury has been using what are called extraordinary measures to keep paying the bills, but those measures run out on 17 October.

Every week, the Treasury also has to refinance $100bn worth of debt in the form of US government bonds known as treasuries.

The US also has to pay interest on its huge debt burden.

An inability to pay that interest, or pay back debt if required, would put the US into default.

On Saturday, Jamie Dimon, boss of the American bank JP Morgan said the possible repercussions did not bear thinking about.

“You don’t want to know [what would happen],” he said.

“It would ripple through the world economy in a way that you couldn’t possibly understand.” 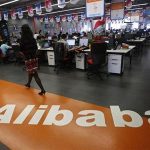 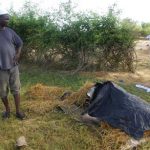 How did Netanyahu score such a decisive election victory?

IMF chief warns a US default could spark recession 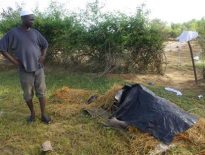 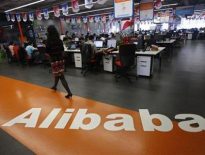