(The author is a Reuters columnist. The opinions expressed are his / her own.)

(Reuters) – India’s imposition of capital controls shows how the prospect of a rollback of U.S. monetary policy is already starting a global war for capital.

India has rolled out a series of capital controls to help support the partially convertible rupee, which has been hammered 13 percent lower so far this year and stands at an all-time low against the dollar. Besides limits on the amounts Indian individuals and business can shift out of the country, India on Monday banned the duty-free import of flat-screen televisions by airline passengers, a move that has the feel of clutching at straws.

Financial markets have been unimpressed by the moves, which started earlier this year, accelerating a shift in the wrong direction as investors weigh the possibility of further capital controls, perhaps even the capturing of foreign money.

Indian shares fell 1.6 percent on Monday, the rupee hit a record low of 62.82 per dollar and 10-year government bond yields rose to 9.23 percent.

To be sure, much of India’s problems are of its own making. The country suffers from slow growth, by emerging market standards, high inflation and crucially, a high current account deficit. Add to that a sclerotic and uncertain legal and political system and development-slowing corruption, and it is easy to understand why India is among the hardest-hit in the emerging-markets selloff.

Although India has large reserves of foreign currency – more than $270 billion – it also must sell or refinance bonds of about $250 billion over the next year, leaving it highly vulnerable to strong outflows of capital.

While India’s problems may have been manufactured at home, the recognition of them was touched off by events abroad, namely the prospect of the U.S. Federal Reserve beginning to taper its purchases of bonds.

As U.S. economic data improves and the chances of a taper rise, the global repercussions have been strong. We’ve also seen benchmark U.S. interest rates, which help to set the cost of capital globally, rise dramatically, with yields on the U.S. 10-year bond rise sharply since early May, to 2.90 percent.

That rise makes it harder, and more expensive, for emerging markets in need of cash to finance themselves, and can tend to touch off the sort of vicious cycle – where doubt begets currency weakness, which begets equity falls – that we are seeing in India.

BEEN THERE, DONE THAT, GOT THE IMF T-SHIRT

We have been here before. The Latin American debt crisis of the 1980s and the Asian crisis in the late 1990s both happened in the wake of U.S. credit tightening cycles kicking off, and both ended badly.

Indeed, India had its own crisis in 1991, when having expended its own foreign reserves, it was forced to seek a $2.2 billion loan from the International Monetary Fund, complete with a humiliating airlift of gold to Britain and Switzerland to serve as collateral.

Lessons learned then, and during the Asian crisis later in the decade, are part of the reason the country built up its reserves of foreign currency.

India is, of course, stronger, more globally integrated and more politically influential than it was in the 1990s, but other conditions have changed as well.

Significantly, the IMF orthodoxy, which used to go for hell-for-leather austerity when faced with a country in need of cash, has become more pragmatic, perhaps because so many of its powerful member states have undergone their own ordeal by austerity.

While the IMF opposed Malaysia’s move to impose capital controls in 1998, it actually supported the tactic in Iceland during the last crisis.

As India can see, both Iceland and Malaysia imposed capital controls, both thumbed their noses atglobal markets and both lived to tell the tale.

India is not alone. Brazil, South Africa and Indonesia have also seen their currencies come under pressure.

All this is happening when the taper is at best a rumor, though one whose existence is supported by hints from central bankers and some positive U.S. economic data. India’s problems, in a bizarre and short-term way, would be most easily solved by a bout of bad data out of the United States, taking the taper off of the agenda.

That is not something India can count on, and the fact that it realizes this can be seen in the evident alarm with which it is reacting to events.

Perhaps the worst of all worlds for India and other emerging markets would be any hint that the Fed will taper not because of a recovery but despite one not appearing.

That would deal a blow to all markets, but an especially damaging one to emerging nations.

(At the time of publication, James Saft did not own any direct investments in securities mentioned in this article. He may be an owner indirectly as an investor in a fund. For previous columns by James Saft, click on) 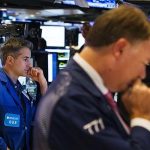 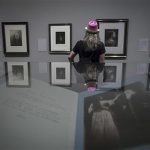 Embracing flag, Snowden says he hopes to return to U.S. 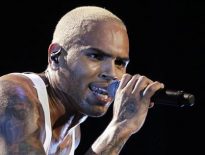 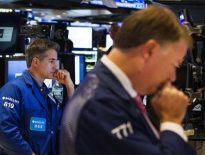