(Reuters) – When Exxon boss Rex Tillerson walked into a meeting with the President of Ghana on the sidelines of the United Nations General Assembly, he thought he was set to strike a deal with an important new oil producing nation. 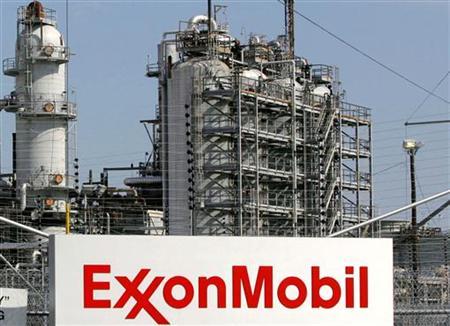 A view of the Exxon Mobil refinery in Baytown, Texas September 15, 2008. REUTERS/Jessica Rinaldi

Instead Tillerson – who had flown into town aboard an executive jet bigger than those used by many heads of state – was rebuffed by an irritated John Atta Mills, who had expected to be wooed rather than given a tough contract to rubber-stamp.

That scene in a New York hotel room in 2009 sums up a corporate attitude which dozens of industry executives, bankers, analysts and government officials say is damaging Exxon’s balance sheet. In a world where oil rich nations now call the shots the U.S. giant’s imperious approach is increasingly a liability, they say.

Exxon has struggled to access new oil and gas reserves in recent years. In March the company slashed growth plans and by some calculations slipped behind PetroChina as the world’s biggest listed producer of oil. Last week it revealed a fall in output and profits that knocked its share price.

A bossy approach worked well as long as oil-rich nations signed purely financial deals, and stuck to them. But when oil prices began to ramp up around a decade ago, a wave of resource nationalism blew through countries like Russia, Venezuela and Libya and changed the game.

These countries set new rules, claiming the right to redraft contracts in the event of changing circumstances – such as huge leaps in the price of crude oil between the date of a contract being signed and the start of production.

“The game has changed. You can’t act like you have all the power anymore,” said the chief executive officer of a close competitor.

Or as Joe Tatusko, fund manager with Westport Resources management in Connecticut, who holds Exxon stock, put it: “You have to share”.

THE RELIGION OF COMPLIANCE

Exxon was born in the early 20th century out of the breakup of John D Rockefeller’s Standard Oil following an anti-trust probe initiated by President Teddy Roosevelt. Industry lore traces its straight-laced culture back to Rockefeller, a devout Baptist – but if the company has a true religion today, it is compliance to company procedures.

That buttoned-down culture, underpinned by a disciplined, top-down management system, has long been credited with making the company the most efficient operator in the business: strict standardization means it can employ the same business approach around the world and save money.

Its uniformity of thinking extends even to dress sense – the CEO of one rival oil firm joked that male Exxon staff invariably turn up for meetings in blue suits, white shirts and red ties.

That intense focus extends to the way in which Exxon perceives the role of business, a free market world view which is reflected in boss Tillerson’s taste in literature. In a 2008 interview with Scouting Magazine, he named Ayn Rand’s ‘Atlas Shrugged’ – a totemic novel that lionizes a harsh breed of capitalism and rejects government intervention – as his favorite book.

SLAP IN THE FACE

When Tillerson walked into the room in New York, President Mills knew what the CEO wanted to discuss.

Kosmos, a Houston-based oil explorer backed by private equity firms Blackstone Group and Warburg Pincus, had recently put its stake in Ghana’s Jubilee field up for sale. The billion-barrel field was one of the industry’s largest finds in a decade and explorers believed it could be one of a series of major fields that existed along the West African coast — offering bidders the prospect of a major new oil and gas province.

Rather than ask Mills for his blessing for a bid, though, Tillerson simply informed him that he had already agreed a deal with Kosmos’s American managers to buy the Jubilee stake.

For Mills, the deal was unacceptable.

“The Chairman of Exxon presented it as a fait accompli and Ghana wouldn’t take that,” said Kwabena Donkor, head of Ghana’s Petroleum Commission, which is responsible for regulating and developing strategy for the country’s oil industry.

Exxon’s apparent indifference to the Ghanaian government’s ambitions was supported by a strict reading of Ghanaian law, which said a buyer didn’t actually need the government’s blessing to buy Kosmos’s stake.

But Ghana pushed back, accusing Kosmos of irregularities in the sale process. The government refused to sanction the Exxon deal and hired Goldman Sachs to seek partners for a rival bid to Exxon’s.

Even as the rhetoric escalated, industry executives predicted a deal would be done; Exxon and Kosmos would make some concessions to the Ghanaians, to allow the government to save face and advance Mills’s desire to develop Ghana’s own state oil company Ghana National Petroleum Corporation(GNPC).

Instead, Exxon stuck to its guns, sources close to the process said. The oil giant even threatened to sue Goldman Sachs in the United States, alleging wrongful obstruction of Exxon’s business dealings, according to a senior Goldman banker.

No agreement was forthcoming and after almost a year, Exxon announced it was pulling out of the planned deal.

It is not the only occasion on which Exxon has found itself at loggerheads with oil powers.

Since around 2006, Exxon has been locked in a row with the Kremlin over the right to export gas from its Sakhalin-1 project off Russia’s eastern coast.

Exxon argues its production sharing agreement — signed under the chaotic premiership of Boris Yeltsin and seen by many Russians as unfair — gives it the right to export gas to Asian buyers.

Most analysts agree the letter of the contract supports Exxon’s position. But state-controlled gas export monopoly Gazprom has so far blocked exports, insisting that Exxon sell it the gas from Sakhalin-1, likely at prices below international market levels, so it can export the gas instead.

Exxon has refused. So vast quantities of gas that Exxon might be able to book as reserves and sell remain undeveloped, though the company says its oil production there is a success.

In contrast, at the neighboring Sahkalin-2 field, project-leader Royal Dutch Shell Plc took a more flexible approach to the Kremlin’s demands and agreed to sell a majority stake in its project to Gazprom. Shell executives privately accepted that the company’s original contract had been too advantageous and now brag that they are making strong returns on their investment.

Halfway around the world in Venezuela, Hugo Chavez in 2007 insisted state oil group PDVSA should have a majority stake in oil and gas licenses. Exxon and U.S. peer ConocoPhillips disagreed, and left the country rather than concede, while Shell, BP, Chevron, Norway’s Statoil and others accepted a reduction in their stakes.

“We made a difficult decision at that time, we evaluated the upside and downside for us and .. this was, on that occasion, the best judgment on how to preserve value,” Statoil CEO told Reuters in an interview, defending his decision.

“The Venezuela authorities paid market value for the resources and subsequently we are making money,” he added.

Exxon sued Venezuela for up to $10 billion for the loss of its fields. An International Chamber of Commerce arbitration panel awarded the company $908 million in December, though Venezuela has not yet handed over any money.

Last year, Exxon jeopardized its interests in a massive oil field in Iraq by negotiating a production sharing agreement with the semi-autonomous northern Iraqi region of Kurdistan, in defiance of a de facto ban Baghdad imposes on companies that invest in Kurdistan.

While analysts question the legality of Baghdad’s ban, the big foreign oil companies had all heeded it. Exxon’s move prompted a threat against its existing Iraqi asset and led to it being excluded from the bidding in Baghdad’s latest licensing round. Two months ago, Baghdad said Exxon had backed down and suspended its operations in Kurdistan. The company declined to comment on the status of the Kurdish operations.

The problem for Exxon is that, while places like Ghana, Russia and Venezuela offer less legal certainty than developed markets, they have more oil and offer better returns.

In 2011, Exxon reported a 9.3 percent return on capital employed at its U.S. oil and gas fields, and a 39.2 percent return for its non-U.S. upstream assets. The difference was due to low U.S. gas prices and the fact that the U.S. oil fields are often smaller and cost more to operate.

“Companies like Exxon don’t have a choice focusing on the U.S., they need to get out and be all over the world,” said Mark Coffelt, portfolio manager at Empiric Advisors in Austin, Texas.

Exxon may finally be learning that lesson.

In 2007, as Tillerson sparred with Russia about Sakhalin-1, he declared Exxon would not consider new projects there until the country’s opaque legal transactions were clarified.

Analysts don’t think the climate for foreign investors has improved much since then. But earlier this month, Exxon sealed a deal with state-controlled Rosneft that could see them invest up to $500 billion to unlock tens of billions of barrels of oil underneath the Arctic and Black Sea.

The company has even offered Rosneft the opportunity to work with it on projects in the United States.

For investor Joe Tatsuko it’s a sign that Exxon is learning.

“Exxon is as smart as the others … they can adapt,” he said.

(Additional reporting by Kwasi Kpodo in Accra, Anna Driver in Houston and Regan Doherty in Doha; Editing by Sophie Walker) 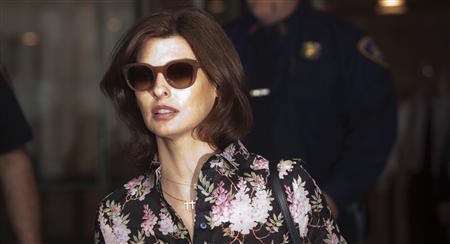 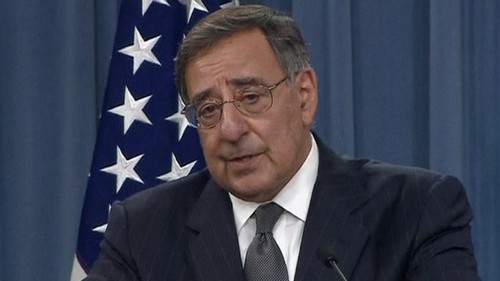