The senior director of Facebook’s growth, engagement and mobile team has seen the social network grow to more than 1 billion users today from 1 million in 2005.

Facebook employee No. 29: Few people outside Facebook have heard of Gleit, but she’s the second-longest-serving Facebook employee, after Facebook founder Mark Zuckerberg. Gleit, 29, talked her way into a job at Facebook on July 18, 2005 — her birthday. She was Facebook’s 29th employee, coming on board shortly after the company hit 1 million users and before anyone had an inkling of the colossus it would become.

Dogged spirit: Unlike most other early employees who eventually dispersed to seek new fortunes, Gleit says she has no intention of leaving Facebook. She gets that tenacity from her “tiger mom,” a computer programmer who ferried her to ballet, piano, karate and Chinese lessons, and her Jewish father, an immigration lawyer who took her to Hebrew school, she said. “I know it sounds completely irrational, but I had no doubt in 2005 that Facebook would be something incredible in the future,” she said.

Rival social networks: Her passion for Facebook began before she was hired, when she was a Stanford undergraduate studying science, technology and society, an interdisciplinary major. She wrote her senior thesis on why Facebook beat out rival college social networking site Club Nexus at Stanford. (Club Nexus was started by Stanford student and Turkish software engineer Orkut Büyükkökten, who went on to create Orkut, Google’s first attempt at a social network.) Getting in on the ground floor at Facebook made her feel like she was taking part in something bigger than herself, the same feeling she got volunteering for six months in a refugee camp in Botswana, she said.

Growing with Facebook: Gleit helped Facebook push beyond colleges to high schools and eventually to everyone. In late 2007, when the torrid growth pace temporarily cooled, Zuckerberg tapped a team of five to reignite it and asked Gleit to lead product management. It fell to the growth team to identify the obstacles to the company’s momentum. In a company ruled by engineers, Gleit, who never studied programming, earned respect with her analytical approach and intuitive understanding of people. “I always believed that growth was the most important thing, the most important way to impact the company,” she said. There are now more than 150 people on the team. “It’s been an incredible learning experience,” she said. “Each year is different.”

That magic moment: Those who work closely with Gleit say part of her success early on was her ability to seize on the “magic moment” that makes users fall in love with Facebook. She made it simpler to sign up, and she helped people find friends as soon as they joined. She also helped Facebook spread quickly to new countries by enlisting users to translate the service into more than 80 languages. Gleit helps her team parachute into new markets and traverse less-familiar languages and cultures. It’s something that comes from her own passion to see the world and have new experiences. She has taught on a Navajo reservation and lived in a Buddhist monastery in Thailand.

One billion users: Around noon Sept. 14, Zuckerberg gathered with Gleit and dozens of employees in front of a big screen as the number of Facebook users crossed 1 billion. “The scale was insane,” she said. “But that is not the goal. When Mark talks about his vision for Facebook, he talks about being able to connect everyone in the world to the people that they care about and provide some value for them every single day.”

A problem solver: Zuckerberg calls on Gleit for high-profile projects. In May 2010, when Facebook was under siege because of how it was handling users’ personal information, he put Gleit in charge of simplifying privacy settings. Last year she worked on a popular feature that lets users subscribe to a News Feed without having to become Facebook friends.

Betting on mobile: Now Gleit is focused on the future: mobile devices and how they can unlock emerging markets. Gleit knew back in 2011 that people would begin to log on to Facebook from mobile devices in greater numbers than from desktops, particularly in the developing world. So she traveled to Tel Aviv to buy Snaptu, which makes software that helps people on low-tech phones access Facebook, and she brought the whole team back to Silicon Valley with her. Now Facebook is surging in popularity on mobile devices in Tokyo and Nairobi, Kenya. “I have always been interested in technology and how it can be used to improve lives,” Gleit said. 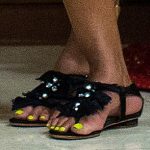 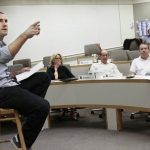 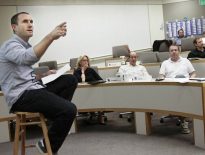 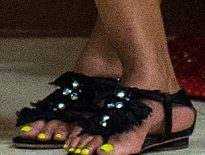 Celebrity Michelle Obama has a very neon Christmas with high…