It would all go to charity…

It’s not the first time that Chris Brown has been offered money to fight in a boxing ring, but now the singer has been allegedly offered $1 million to go at it with Drake in a boxing fight – and don’t worry, the rapper would also pocket $1 million.

Billionaire Alki David has reportedly offered to stump up the cash for the artists as well as $1 million for charity if they went a few rounds in a public fight, according to celebrity boxing promoter Damon Feldman.

Talking to the New York Daily News, he said: ”Obviously they have a grudge. It’s just three one-minute rounds. No one will get seriously hurt.”

Drake and Chris Brown and their entourages allegedly got into a brawl at New York nightclub W.i.P earlier this month, after the ‘Take Care’ rapper apparently sent over a bottle of champagne but with a note that allegedly read: ”I’m f***ing the love of your life, deal with it.”

As we reported earlier this week, Eva Longoria’s ex-husband Tony Parker has filed a lawsuit for $20 million after getting injured in the brawl. He believes that the nightclub should not have admitted the pair of stars at the same time.

Parker was set to perform for France in the London 2012 Olympics, although this is now in doubt. 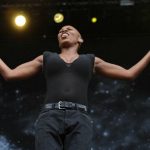 Chris Brown And Drake ‘Offered $1 Million Each To Fight’ 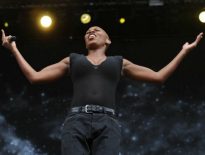