(Reuters) – The Cannes film festival enjoyed cheers and jeers in equal measure this year, leaving its famously passionate and picky audiences with plenty to love, loathe and laugh about.

With two days to go before the close of the 12-day movie marathon, it also pulled off a balancing act between championing independent films from around the world and luring enough stars to the red carpet to satisfy a thirst for glamour and celebrity.

And unlike some recent festivals, the A-listers kept coming to the end — “Twilight” heartthrob Robert Pattinson was sure to attract large crowds later on Friday for the world premiere of his financial crisis film “Cosmopolis”.

The world’s biggest cinema showcase ends with an awards ceremony on Sunday where the coveted Palme d’Or for best picture will be announced.

As many of the 4,000 bleary-eyed reporters and critics pack their bags for home, the conversation has turned to which of 22 movies in the main competition lineup is most likely to win.

Austria’s Michael Haneke, who is gaining a reputation as arguably Europe’s greatest director, moved audiences to tears with “Amour” (Love), an elegiac and restrained portrayal of an elderly woman’s illness and death and how her husband copes.

The performances from lead actors Jean-Louis Trintagnant and Emmanuelle Riva, both in their 80s, were singled out, although Cannes tends not to award a single movie multiple awards.

Another uncompromising depiction of suffering, this time based on a real-life exorcism that went tragically wrong, has put Romanian Cristian Mungiu in with a good chance of victory with “Beyond the Hills”, set in a remote monastery.

Either movie would be a popular winner, although the fact that both directors have won the Palme d’Or before could affect the judges’ decision.

At least six more eligible films are seen as contenders, albeit ones that have sharply divided festival-goers.

Of the five U.S. productions in competition, “Killing Them Softly” starring Brad Pitt has been the most popular so far, setting a gangster story against a backdrop of economic and political crisis in the United States.

Home hopes lie with the Jacques Audiard’s powerful romance “Rust & Bone”, starring Oscar winner Marion Cotillard as a trainer of killer whales who loses her legs in an accident.

Veteran Alain Resnais, in competition with “You Ain’t Seen Nothin’ Yet!” has a 65-year association with Cannes which could act in his favor.

And Leos Carax’s surreal “Holy Motors”, a madcap journey through Paris featuring cameos from Kylie Minogue and Eva Mendes, sharply divided opinion but was arguably the most talked-about movie screened so far.

Thomas Vinterberg’s Danish child abuse drama “The Hunt” packed a heavy punch, and lead actor Mads Mikkelsen was made a frontrunner for the best actor category.

Nicole Kidman, Pitt, Bill Murray and Viggo Mortensen were among the established Hollywood names this year in Cannes, where they were joined by rising stars like Kristen Stewart, Pattinson, Jessica Chastain, Zac Efron and Shia LaBeouf.

Although not part of the official Cannes selection, many more celebrities descended on the glamorous resort to promote films or party into the early hours, including rapper Kanye West and reality TV star Kim Kardashian.

Studios and producers used Cannes to screen clips from upcoming titles, including three new films from The Weinstein Company, knowing that the so-called “sneak peek” sessions can generate buzz for a movie many months ahead of its release.

Celebrities bolstered their charity credentials with two major galas — one to raise money for Haiti hosted by Sean Penn and another for the amfAR AIDS fund led by Harvey Weinstein.

And Cannes even boasted a Hollywood hissy-fit this year with wide reports of Alec Baldwin publicly criticizing Weinstein for refusing to take part in a film project. 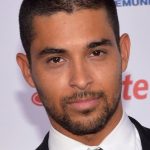 Haneke among names in frame for Cannes film awards 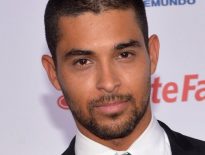