Jay-Z has been announced as the latest mega star to have his greatest singles turned into a baby-friendly makeover from Rockabye Baby Music as the hip-hop star’s biggest tracks are transformed into soothing instrumental beats for babies in the ‘Lullaby Renditions Of Jay-Z.’

‘Rockabye Baby’ has become a recent phenomenon in the states with the biggest celeb parents all flocking to grab the latest copies from the successful series which currently boasts over 50 albums in their collection from the likes of The Beatles, Madonna, Bob Marley and The White Stripes.

Now parents can enjoy their baby’s bed time by ditching ‘Ba Ba Black sheep’ in favour of ‘Girls Girls Girls’ with the latest addition to the Rockabye Baby series which has also made Lullaby renditions of ‘Watch The Throne’ partner and dad-to-be Kanye West’s back catalogue.

Sounds pretty crazy to us too but A-listers such as Elton John and David Furnish and the Beckham’s rave about the collection with Victoria tweeting: “David has been downloading music for our baby! Rockabye Baby lullaby renditions, so cool! Love the Beatles album!!! X VB.”

Show Me What You Got

Heart of the City (Ain’t No Love) 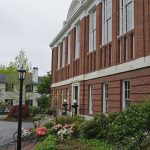 How Do I Make Myself Stand Out To Ivy League Colleges?

Talking With Your Doctor About Insulin

World: 10 Things to Know for Today

Jay-Z Follows The Beatles, Coldplay And Madonna As His Biggest Hits Are Transformed For Babies On Lullaby Album 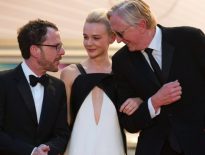 Celebrity How To Impress The Audiences At Cannes