The rapper shares the Tidal logo on his Twitter page and says, ‘The love of music is louder than words,’ after erasing all tweets related to the music streaming service owned by pal Jay-Z

Kanye West has just tweeted his first support for Tidal after previously deleting all posts related to the streaming service owned by his pal Jay-Z. The rapper shared on Wednesday night, April 22 an image of the Tidal logo along with the caption, The love of music is louder than words.

Earlier in the day, West made headlines after fans noticed that his tweets mentioning the company had disappeared from his Twitter account. ‘Ye also changed his profile picture back from the Tidal logo to a picture of his My Beautiful Dark Twisted Fantasy album artwork.

Jay-Z bought Tidal for $56 million in March and relaunched it with the support of fellow musicians like West, Beyonce Knowles, Madonna, Alicia Keys, Daft Punk, Nicki Minaj, Usher and Rihanna among others. Rihanna and Bey later premiered their new videos exclusively on the service.

Tidal, however, has never been a huge hit. In fact, it’s been highly criticized as it requires users to pay $10 a month for digital audio-quality or $20 a month for CD-quality sound. The Tidal app briefly cracked the U.S. iPhone top 20 download chart earlier this month before getting kicked out of the top 700, while competitors Pandora and Spotify reached the list’s top 5. 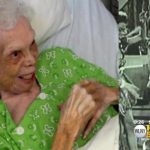 Woman, 102, Sees Herself On Video As Harlem Renaissance Dancer For First Time 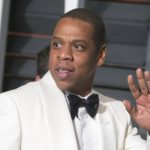 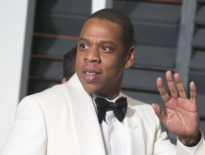 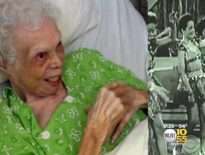 Entertainment Woman, 102, Sees Herself On Video As Harlem Renais…