Kate Middleton, Duchess of Cambridge, and her sister Pippa were spotted at the men’s final tennis match at Wimbledon on July 8. Warning: winner of the match revealed below.

Kate and her sister cheered on British player Andy Murray during the match, according to People magazine. However, Murray couldn’t defeat Roger Federer of Switzerland, who won and clenched his seventh Wimbledon title.

Prince William and Kate were spotted last week at the quarterfinals match between Roger Federer and Mikhail Youzhny. Prince William could not attend the men’s final match with his wife, so Kate’s 28-year-old sister joined her at the game.

Also seated near the duchess were David and Victoria Beckham, who chatted up the royal before she sat down.

According to the magazine, Kate wore a cream jacket and a Vanessa dress by Joseph.

William married Kate Middleton, now known as Catherine, Duchess of Cambridge, on April 29, 2011. It was one of its most popular televised weddings, drawing a global television audience of about 2 billion viewers.

The two wed at Westminster Abbey, the site of Diana’s funeral and Queen Elizabeth II’s 1947 wedding to Prince Philip. 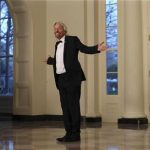 George Clooney and Stacy Keibler get food poisoning in Italy

Obama’s State of the Union: Heavy on promises, mixed record on results

Mission accomplished! Kristen Stewart displays natural beauty and bed hair at LAX after revealing she strives to ‘look like I’ve woken up in the last hour’

The sex manual for ultra-Orthodox Jew 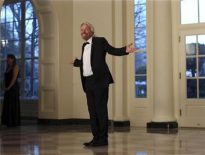