The pair want their showbiz pals, including Beyonce to come, but also want to keep it small

Kim Kardashian is not known for doing things on the small, but it seems the reality star who is rumoured to be planning her wedding to beau Kanye West is opting for a “low-key” ceremony this time, according to reports.

An insider revealed to Now magazine that The Keeping Up With The Kardashian star and Otis rapper could elope as early as September, but are still undecided on whether to go with a big celebration where they could invite showbiz pals, including Beyonce, or keep it s

“Her last wedding was over the top,” the insider told the magazine, adding: “So they’re debating whether this one should be for immediate family only or if they should have 50 guests, so they can invite their A-list circle, including Beyoncé.”

Kim spent £6.5 million on her last marriage to basketball player Kris Humpries in a lavish celebrity-filled ceremony televised on Keeping Up With The Kardashians in front of 500 guests.

It was also claimed this week that Kim was toying with the idea of doing Katy Perry and Russell Brand-style wedding and eloping in exotic settings.

“This time she wants something different and exotic. She likes how Katy Perry and Russell Brand got married in India with an Indian-themed wedding. She wants that, ” a source told OK! magazine.

“Kim thinks she’s the spitting image of Egyptian goddess Isis, so she has been talking about doing an Egyptian-themed wedding, at the pyramids. She says Kanye digs the idea too. It will cost millions to fly everyone to Egypt, but money is no object.” 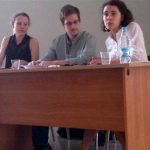 Silicon Valley: The rise of the adolescent CEOs 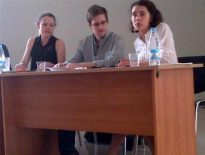