Kourtney Kardashian wins Most Pregnant Woman In The World Award Kourtney Kardashian has been snapped wandering around Beverly Hills with the biggest baby belly we’ve seen since Jessica Simpson staggered into her local maternity ward.

The 33-year-old was shopping at Gucci (obviously) and looked like she could literally drop her baby ANY MINUTE, right there on the sidewalk. (Americans say ‘sidewalk’.)

Kourtney is expecting her second kid with boyfriend of five years, Scott Disick, 27. (Scott looks a bit like a comedy comic book villain.) They already have a son, Mason, 2.

Kourtney recently appeared on Oprah Winfrey’s show ‘Oprah’s Next Chapter’ to speak about why she isn’t in a rush to get married.

She said she was scared of getting hitched after experiencing her parents’ divorce when she was 11 years old. Her mum, Kris Jenner, split from the late Robert Kardashian Sr. 22 years ago.

Kourtney told Oprah (who’s been with partner Stedman Graham for 26 years, but never married), “I’m kind of scared of marriage because of that…I’d like to someday [marry] for my children, but I know that I’m just as committed as if I was married or not married.”

It was a joint interview with the whole Kardashian clan, which is kind of awkward as Kourtney’s recently divorced sister Kim was sitting right there wearing her “I was only married for 72 days” grimace. Speaking about her own split from basketball player Kris Humphries last year, she said, “I’ve obviously made plenty of mistakes in my lifetime, but I’m not the type to sit and beat myself up over it. If a real lesson was learned, I’m so okay with having experienced that.”

We’re sure her new boyfriend Kanye West is thrilled to hear it.

Selena Gomez’s Mom Says She’s Not Happy Her Daughter Is Back With Justin Bieber
WATCH: Brad Pitt Is The First Man To Promote Chanel No. 5
Guests at Silvio Berlusconi parties dressed up like nuns in ‘Sister Act’ musical, model testifies
Michael Jackson wrongful death trial: Conrad Murray was not qualified to treat the pop star's substa...
Demi Lovato back for "X Factor," 2 new judges yet to be announced
Director Campion to head Cannes film jury
Oscar nominations to be announced before Golden Globes
Rihanna strips off for FKA twigs inspired shoot

Kourtney Kardashian wins Most Pregnant Woman In The World Award Celebrity Rihanna Not So Wild: ‘She Was A Complete Gee… 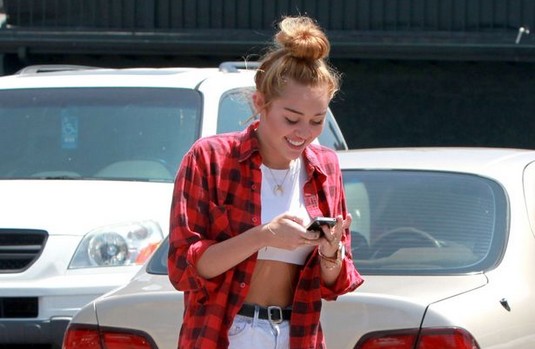