Khloe is incredibly tressed after Lamar is sent back to LA, after his stint with the Dallas Mavericks ends in disaster. She’s even fighting with her family! Khloe Kardashian can’t stand to be back in LA. On the July 8 episode of Keeping Up with the Kardashians, Khloe is annoyed that her family wants to spend time with her and Lamar Odom now that they’re back in LA!

Khloe’s family has missed her so much while she’s been living in Texas. Khloe has missed holidays, birthdays and other big family functions. But Khloe doesn’t want to hang out with her family, she wants to make sure that Lamar gets back on track!

The entire Kardashian crew is planning their big trip to NYC for Scott Disick‘s big restaurant opening. Everyone is so excited, except for Khloe.

Khloe feels like she just got back to LA and now her family wants her to pick up and leave again. Khloe is busy unpacking boxes and setting up appointments for Lamar — can’t her family let her breathe?!

But Kim, Kourtney and Kris Jenner just don’t seem to understand what the big deal is. Kris keeps telling Khloe how important it is to Scott but Khloe won’t listen.

Finally, Kourtney and Kim show up to Khloe’s house and try to convince her to book her ticket but Khloe says “f**k off” and she’s not going.

Then she screams: “I’m not a Kardashian, I’m an Odom!” What is going on with her? Clearly the stress is taking its toll on her.

Meanwhile, Scott is hosting a Sweet 16 birthday party for a girl in NYC with Rob Kardashian as his wingman. Somehow Scott manages to not be totally inappropriate.

Also, Kendall and Kylie want to be independent but it’s hurting Bruce Jenner‘s feelings. Bruce pretends that Kendall’s car is in the shop, just so he can spend time with her and drive her around town. Kendall finds out and freaks out on Bruce, but they talk it out and Kendall tells him that she’ll always need her dad. So cute!

The big moment will come tomorrow night, July 9, when Kim debuts Kanye West as her boyfriend in NYC!
— Chloe Melas 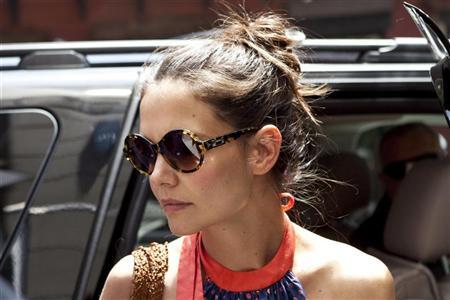