Queen Bee turned up late for the performance slot on Sunday

Lil Kim has announced that she will be treating fans to a meet and greet session later today after her performance at the Lovebox Festival this weekend was axed after she reportedly arrived late.

The ‘Magic Stick’ rapper, who turned 39 last week, was due to perform at the event in London’s Victoria Park on Sunday however, fans were left disappointed when she failed to show and organisers revealed that she would not be appearing after failing to arrive on time for the gig.

In a statement confirming the news, organisers Mama Group said: “Lil’ Kim did not turn up to her set on time. The festival had no other option but to maintain the scheduled running order to ensure the other main stage acts were not disrupted.”

As an apology to fans for the no-show, Lil Kim announced earlier today that she will be giving fans the chance to meet her at her London hotel.

“Today was a very long day. There were things that happened that were out of my control,” Kim explained in a lengthy tweet.

“I love my UK fans. I want to do a big meet n greet today. Meet me at my hotel lobby at 3pm. Andaz hotel at Liverpool Street.”

This year’s Lovebox festival saw the likes of Rudimental, Plan B, Disclosure and Azealia Banks perform.

She’s A Survivor! Kelly Rowland Rescued After Being Stranded At Sea 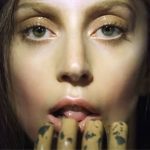 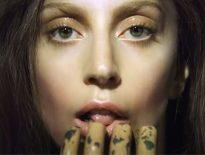