Lil Wayne said in a statement posted on his official Facebook page that he did not intentionally step on the American flag during a recent video shoot.

The controversy started when a YouTube video filmed on set of the rapper’s music video shoot for the song “God Bless Amerika” showed the rapper performing behind a huge American flag.

Early on in the video, the flag is dropped to the ground and Wayne keeps performing for the camera, occasionally stepping on the flag while he paces.

“It was never my intention to desecrate the flag of the United States of America,” Lil Wayne said in a statement posted on his official Facebook page on Tuesday, June 18. “I was shooting a video for a song off my album entitled ‘God Bless Amerika.’ The clip that surfaced on the Internet was a camera trick clip that revealed that behind the American Flag was the Hoods of America. In the final edit of the video you will see the flag fall to reveal what is behind it but will never see it on the ground.”

“In most people eyes including my own who were raised in that environment, the Hood is the only America they know and the only America I knew growing up,” he added. “I was fortunate from my God giving talents to escape the Hood and see the other beautiful places this country has to offer but most people who are born in that environment don’t get that chance. That’s their view of their America.”

He finished the statement with, “That was Dwayne M Carter from Hollygrove New Orleans view of America. That’s who I’m speaking for in this song.”

“God Bless Amerika” is from the rapper’s recent album “I Am Not a Human Being II.” This is the second controversy the rapper has faced this year. Last month, PepsiCo dropped him as a spokesperson for Mountain Dew following the controversy over the rapper’s explicit lyric about civil rights icon Emmett Till in the song “Karate Chop” by Future. 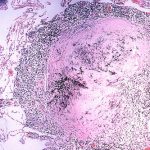 Jessica Alba Is Jealous Of Her Daughter’s Manicure & Pedicure

NBA: Hollins bounces back for Minnesota at right time 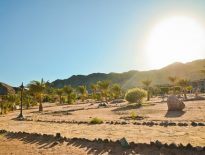 Education Interesting And Important Facts About The Sun