Rihanna seems to be smashing records on a weekly basis these days and this weekend was no exception as the Bajan princess is said to have made history after becoming the youngest artist ever to headline a show at Paris’s Stade de France as she continues with the European leg of her ‘Diamonds’ world tour.

The ‘We Found Love’ singer performed to a packed out crowd at the French stadium just north of Paris in the commune of Saint-Denis.

Last year, Lady Gaga became the youngest artist to perform at the giant venue during her ‘Born This Way Ball’ world tour in September at the age of 26 but RiRi has snatched that crown from the ‘Poker Face’ hitmaker just eight months later playing the venue at 25.

Just before her performance, the star retweeted a follower posting: “Rihanna is also the youngest person to ever headline Stade De France,” which the venue later confirmed in a post on their website.

Later Rihanna retweeted another fan’s message claiming she was also the third black headliner to perform at the stadium alongside legends Tina Tuner as part of her 2000 ‘Twenty Four Seven Tour’ and Prince who wowed French fans at his ‘Welcome 2 America Euro 2011 Tour.’

Of course Rihanna being Rihanna, she didn’t hesitate in boasting about the feat tweeting: “That (…) Rihanna reign!!! #justwontletup #StadeDeFrance #STADIUMSTATUS,” on Twitter after her land mark performance.

The star will be kicking off the UK leg of her ‘Diamonds’ world tour at Cardiff’s Millennium Stadium tonight before heading to Manchester, London, Birmingham, Sunderland and Belfast.

The Rock For President? Dwayne Johnson Now Seriously Considering A Run
Entertainment: Comic Tracy Morgan improving after crash, out of critical condition
Hacker who leaked naked Scarlett Johansson photos and accessed celebrities' computers jailed for 10 ...
Will Smith caught in racy photos with 23-year-old co-star
Nicki Minaj wants to be appreciated
Viola Davis is sexy and dangerous in "How To Get Away With Murder"
People: Kim Kardashian and Kanye West's Vogue cover set to be magazine's best-selling issue
Michael Jackson's family planning to appeal after $31billon lawsuit defeat 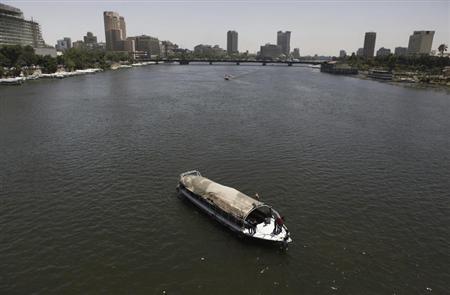 Africa ‘No Nile, no Egypt’, Cairo warns over …
Wildcard SSL