Bobbi Kristina was so strong during her first interview since Whitney’s passing — read what she said about her late superstar mother. 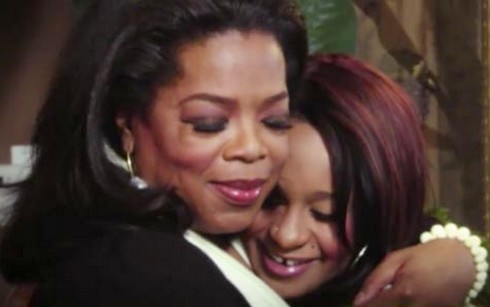 Bobbi, 19, said she still feels her mother’s spirit around her.

“I can sing her music but to hear it right now — I can’t” she said. “I can hear her voice talking to me in spirit: ‘Keep moving baby, I got you.’ I can always hear her with me.’”

Furthermore, she says although it is hard to keep herself together after the death, she’s managing to do it day by day.

“I start crying and deal with it, but then I hear her voice again: ‘Keep moving’,” she said.

Bobbi said that she was a rock for Whitney during the hard times and they supported each other mutually through their dark days.

“I saw her hurt and i saw her cry and we held each other through that,” she said. “We had our arguments and disagreements, but at the end of that day that was my mother, my confidant and my everything.”

Did YOU watch the interview, HollywoodLifers?