But still has her best assets on show

Nicki Minaj is no

stranger to revealing a bit of flesh, but as these latest pictures reveal, an attempt to cover up her modesty in a smart and

She teamed the outfit with sheer grey leggings and leopard print

up was flawless as she looked her usual made-up self with her trademark bubblegum pink pout and fake lashes.

her attempt to look sophisticated in her dressed down outfit, the star managed to turn a few heads with her generous bout of

cleavage on show, which was sure to set a few pulses racing.

Earlier in the day she couldn’t resist letting the world

The album is said to have been named after one of her many musical alter egos, Roman Zolanski. 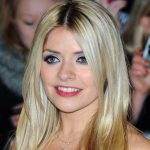 Artiste responds to rumours he is going to be a dad

PHOTOS: Nicki Minaj Dresses Down As She Steps Out In NYC 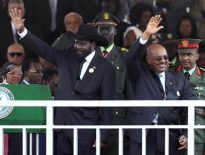 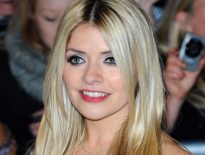