What happened to Alex Loudon?

Where has Pippa Middleton been this summer we hear you ask? Well, keeping it low-key after the whole Paris/gun scandal that occurred earlier this year, embarrassing her sister Kate and the rest of the royal family, but now the near-Royal has popped up in New York, and has been spotted with Andre Balazs.

The 28-year-old, who is currently celebrating the launch of her new party-planning book, has been seen at Shelter Island for Labour Day weekend with the 55-year-old, who Us Weekly says is hosting her for her trip.

Balazs has previously dated the likes of Uma Thurman and Chelsea Handler, and he was seen with Pippa at a meal last night at a local restaurant on Sunset Beach.

Pippa wore a white peplum top and tight red jeans for the night out, which also saw the pair joined by a handful of friends.

According to MTV Canada host Aliya Jasmine Sovani, who was also there, Pippa was unnoticed for the most part. Until she needed the ladies’ room.

“She got really embarrassed when some people recognized her while she was in line,” Sovani said. “She actually turned bright red!”

But Pippa “didn’t have security” with her, and was “very low-key” and stayed at the restaurant for around two hours. She was also seen “walking around with bare feet, holding her wedges in her hand.”

Also over the weekend, Pippa was seen at the city’s Catch restaurant where she was joined by a couple of her friends who drank a bottle of white wine as they dined on rice cakes, hellfire roll, crispy shrimp, catch roll, salmon carpaccio and scallop dumplings.

While sources have claimed that Pippa’s trip is just a holiday, earlier this year it was suggested that she was thinking about a permanent move to the US. 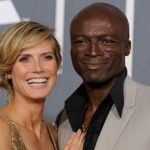 Congo’s “The Terminator”: at large but out of sight

Twitter to be available on mobile phones without Internet 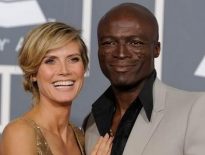