LOS ANGELES (AP) — The Price is Right model Manuela Arbelaez thought she would have to come on down to the unemployment line after she mistakenly revealed the price of a new car on the game show.

The 26-year-old model said in an interview Friday that she lost her train of thought while exposing the answers to Five Price Tags, a game that involves correctly choosing a vehicle’s value among five oversized tags. Arbelaez accidently unmasked the correct $21,960 price after the contestant’s first pick, even though the participant still had two more chances to guess.

It was a brain fart, said Arbelaez. I just zoned out. I literally did not see that coming. My body took over and reacted before my brain had a chance to stop it.

The goof brought Arbelaez to tears and sent Price is Right host Drew Carey into a giggle fit.

The clip of Arbelaez’s unexpected exposure made the social media rounds online after the episode aired Thursday. Arbelaez joked about her flub on Twitter, but she said Friday that it wasn’t a laughing matter for her during production of that episode.

We took a commercial break, and I was still very overwhelmed, said Arbelaez. I was in tears. I thought, ‘Well, this is it.’ I asked the producers, ‘Am I going to be fired?’ They started laughing and told me of course I wouldn’t be fired.

Arbelaez, who has been showcasing prizes on The Price is Right for six years, has been surprised by the attention her blunder has garnered. The clip on the show’s official YouTube channel has received more than 3 million views.

It’s been overwhelming, in a good way, Arbelaez said. I knew I was going to get a couple of tweets and videos with my name tagged on it, but this has gone viral. It’s amazing how people reacted. It’s been very positive. Everyone has been so nice and supportive.

Arbelaez said she wasn’t reprimanded for the error, and $21,960 wasn’t deducted from her paycheck. She noted that there have been many model mishaps over the show’s 43 seasons.

There was an occasion when a girl crashed a car into Door 3 and another gave away a trip to Disneyland, Arbelaez recalled. There have been small things like that over the years, but I think my mistake was the most expensive in the history of the show.

Arbelaez hasn’t played Five Price Tags since her gaffe. She said the next time she’s manning those giant price tags, she’ll reveal the answers extremely slowly and double-check each guess with Carey.

I guess at some point in our ‘Price is Right’ careers, we’re all going to make mistakes, and it was my time that day, Arbelaez reflected. I probably would’ve died if that happened within the first year of me working on the show. In a weird way, I’m kind of glad it happened now. 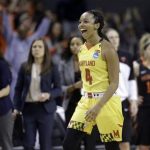 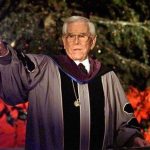 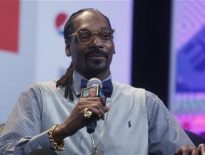