RiRi was sporting a rather large diamond rock on her finger

It was a couples night for Chris Brown and Rihanna who appeared to confirm their rekindled romance at the Grammy Awards last night while also fuelling rumours of an engagement with Rihanna sporting a large diamond ring on her left hand.

The on/off couple sat together throughout this year’s Grammys ceremony, held at the Staples Centre, and only had eyes for each other, with Rihanna occasionally snuggling up to her beau who happily wrapped his arms around her, confirming that they are indeed a couple after months of speculation.

However, it was the large diamond sparkler on Rihanna’s ring finger that caused a storm on Twitter with viewers speculating whether ‘Turn Up The Music’ singer Chris had proposed to the Bajan songstress, four years after they first split.

One Twitter user, @erinu_ wrote: “Were my eyes playing tricks on me or did Rihanna have a ring on her ring finger.”

It remains to be seen whether Chris really did propose to Rihanna, but there’s no denying the couple were the picture of happiness on Sunday night.

Their public outing was particularly momentous for the pair as it comes almost four years to the day after Chris brutally assaulted Rihanna shortly after leaving a pre-Grammys party in 2009.

Although they’ve clearly moved on from the incident, and Chris looked more than happy playing the supportive boyfriend as Rihanna performed alongside Sting, Bruno Mars and Damien and Ziggy Marley for a Bob Marley tribute, while the ‘Diamonds’ singer also won an award in the Best Short Form Music Video category for ‘We Found Love.’ 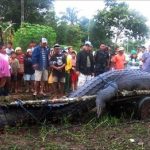 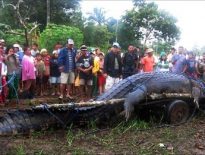