Get a room you two!

We wish Rihanna and Katy Perry would just get a room! The ‘You Da One’ star has tweeted that she would turn “lez” for her friend only days after Katy announced that the BFFs were going to have sex.

The superstar friends are known to have got even closer over the last few months as the 27 year-old got over her break up from husband Russell Brand and was front row for Riri’s sexy performance at the Coachella Festival in May.

When asked by a follower who Rihanna would turn “lez” for she quickly responded with two words, “Katy Perry”.

“We would ALL turn lesbian for @rihanna, but who would rih turn lez for!? Hmmm…” @Katy Perry” she tweeted.

It comes days after Katy Perry revealed on a radio show that while she wouldn’t be collaborating with Rihanna the two would be hooking up.

It seems like it is a question of ‘when’ rather than ‘if”.

We think the sexy singers should just get together, men don’t seem to be able to handle them! 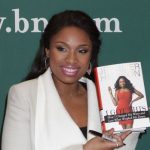 Jennifer Hudson Keeps The Spark By Playing ‘Dress Up’

PHOTOS: Beyoncé And Jay-Z Dine Out In Paris Without Baby Blue

Celebrity PHOTOS: Beyoncé And Jay-Z Dine Out In Paris Witho… 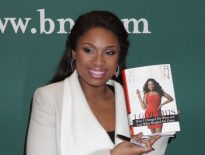