Sofia Vergara has reportedly split up with businessman and aspiring politician Nick Loeb, her boyfriend of more than two years.

Vergara’s solo appearance at Monday’s star-studded Met Gala in New York was the result of a weekend breakup, according to New York Post sources who said there had been a series of arguments between the two. Their relationship allegedly had gotten rockier as the “Modern Family” star’s fame grew.

On Wednesday, however, a picture of Loeb and Vergara together was still his Twitter avatar of choice.

Vergara’s “Modern Family” appeal has helped the Emmy and Golden Globe nominee, 39, land deals in recent years with major brands including Cover Girl, Kmart and Diet Pepsi. In April she hosted “Saturday Night Live,” a broadcast that blurred the line between fantasy and reality as Vergara appeared in the show’s spoof sketches as well as a number of real advertisements that aired during commercial breaks.

Just recently, the Colombian hottie and the man who created Onion Crunch food topping attended the White House Correspondents Assn. Dinner as a couple, partaking of parties before and after the April 28 gala. The Met event, however, saw Vergara getting ready at a hotel (instead of Loeb’s New York City apartment) and after-partying with friends, according to another Post source.

Loeb, 36, the son of President Reagan’s ambassador to Denmark, considered making a run for a U.S. Senate seat out of Florida in 2011 but ultimately opted out, citing continuing physical difficulties after a 2010 car accident. He’d previously ended a run for the Florida state Senate so he could deal with his divorce from wife Anna, who according to the Palm Beach Post left him after reconnecting with an old boyfriend in her native Sweden.

Vergara and Loeb started dating after meeting at a Golden Globe Awards party in early 2010. She also was married once, at age 18, and has a son, Manolo, 19. Vergara and Joe Gonzalez divorced in 1993.

News Obama not upset with Biden for jumping gun on same… 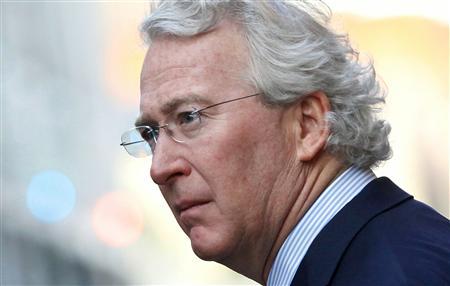