(Reuters) – Will Smith and Tommy Lee Jones’ reprisal of their roles as world-saving secret agents in “Men in Black 3” collected $70 million at the North American box office in its initial weekend, putting Sony Pictures in a strong position leading into a summer of expensive bets for the studio. 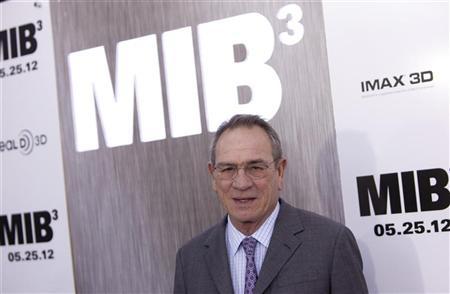 Cast member Tommy Lee Jones arrives for the premiere of "Men In Black 3" in New York May 23, 2012. REUTERS/Andrew Kelly

Sony made a hefty wager on three big-budget films it will release over the next 10 weeks, risking as much as $1 billion to make and market “MIB 3” and reboots of “Spider-Man” and “Total Recall” in the U.S. and foreign markets.

Sony’s strong opening came during a year of big budget misfires. Universal Studios’ “Battleship” sank at the U.S. box office, likely resulting in a loss for owner Comcast Corp. “John Carter,” which will go down in history as one of the biggest bombs of all time, losing $200 million for Walt Disney Co.

“MIB 3,” which cost more than $215 million to produce and at least $100 million more to market, needed to open with at least $56 million over the holiday weekend to break even, according to analyst Tony Wible, a managing partner at Janney Montgomery Scott, who does not follow Sony but compiles a database to predict future film performances.

Sony will release the second of its big-budget films on July 3, with the latest edition of “Spider-Man.” For its new film, Sony reduced costs and replaced the previous star, Tobey Maguire, with Andrew Garfield.

Still, “The Amazing Spider-Man” cost the studio about $215 million to produce.

A month later Sony will release “Total Recall,” a remake of the 1990 film that stars Colin Farrell in place of the original’s Arnold Schwarzenegger and cost more than $125 million to make.

Sony will spend about $130 million to market each film, say industry experts, in both the North American market and the increasingly important foreign markets.

“Having ‘Men in Black’ open so well gives us a huge advantage,” said Jeff Blake, vice-chairman of Sony Pictures Entertainment and head of its marketing. “A lot of people saw the trailer for ‘Spider-Man’ and ‘Total Recall’ that we put on that movie, and you had better believe they’re going to see a lot of ‘Total Recall’ in front of ‘Spider-Man.'”

While Sony is betting big this summer on “tent-pole films” -films meant to hold up the rest of the studio’s slate – it scored surprise hits earlier this year with smaller-budget movies.

Among Sony’s big summer releases, “Total Recall” faces the toughest road, according to industry consultant Roger Smith, who structured the original’s financing while at Carolco. The original was made more than two decades ago for $65 million, he said, and starred Arnold Schwarzenegger “at the top of his game, plus Sharon Stone, and it was directed by Paul Verhoeven, also at the top of his game.”

The current version costs more than two times to make 22 years later, a period in which ticket prices have increased by only 77 percent, he adds.

The film’s star Will Smith still commands as much as 25 percent of Sony’s revenues from the film, Sands added.

Despite a decline in domestic ticket sales between the first and third installments, “The Amazing Spider-Man” is the safest of Sony’s summer bets, said Keith Simanton, managing editor of movie website IMDB. He predicts $900 million in worldwide ticket sales for the film, a sum that at this point would rank it second this year behind “Avengers.”

“It’s another comic book property,” Simanton said, adding that the enthusiasm for “Avengers” will likely lift “Spider-Man” as well.

The original “Spider-Man” grossed $403.7 million domestically when it was released in 2002, according to Box Office Mojo. The sequel and the third edition grossed $373.6 million in 2004 and $336.5 million in 2007. Adjusted for ticket price hikes, the franchise dropped by 30 percent in the United States over that five-year period.

It saw increased ticket sales overseas, however, with “Spider-Man” gaining from the second to third movies, the last one bringing in $554 million worldwide.

A week later “Spider-Man” will face an even heavier rival in the “The Dark Knight Rises,” whose 2008 predecessor had domestic ticket sales of $533.3 million and currently ranks as Hollywood’s third-highest grossing film of all-time in the United States and Canada, according to Box Office Mojo.

Like Sony, other Hollywood studios also filled their summer release schedules with franchise films. In addition to the “Ice Age” and “Dark Knight” sequels, Universal will release its special effects-laden “Snow White and the Huntsman” on June 1, followed a week later by Fox’s space thriller “Prometheus.”

According to IMBD’s Simanton, so far this year big-budget films have yielded “stark over performance, or stark underperformance.”

“The Hunger Games” and “Avengers” were big hits, while “Battleship” and the Johnny Depp vampire movie “Dark Shadows” slumped.

“It’s kind of like feast or famine right now, and with these tent poles, you can’t have famine,” he said. 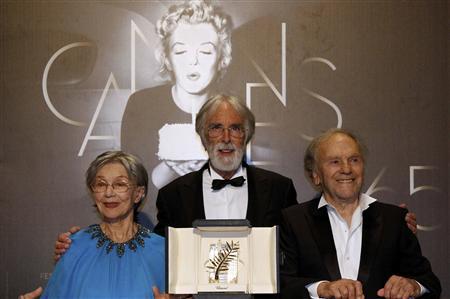