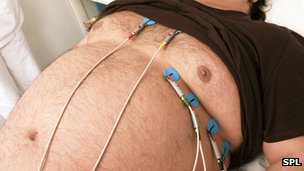 The obesity paradox – is it good for heart disease?

This is despite them reporting worse health and being less likely to follow lifestyle advice, a study of more than 4,400 patients reported.

One explanation is that doctors treat the disease more aggressively, the University College London team said.

It is not the first time researchers have pointed out this paradox, that being overweight or obese – a risk factor for heart disease in itself – can actually lead to a better prognosis.

One theory has been that maybe such patients were fitter, despite their size – taking more exercise for example.

To see if this was the case, researchers from University College London looked at data from patients who took part in the Health Survey for England or Scottish Health Survey.

They found that, as with other studies, patients with cardiovascular disease who were obese or overweight were less likely to die over the next seven years than people of a normal weight who had the condition.

In all 31% of patients were obese – that is with a body mass index of 30 or more – they reported in Preventive Medicine.

Those patients tended to be younger but reported worse health and had more heart risk factors such as raised cholesterol and blood pressure, but were less likely to smoke.

The researchers found that those who took part in physical activity at least once a week and did not smoke had a lower risk of death whatever their weight.

But obese patients who did not stick to these healthy lifestyle recommendations still had a lower risk of death than normal weight patients who smoked or were inactive.

Study leader Dr Mark Hamer said they were trying to explain why obese heart patients seemed to do better by looking at lifestyle factors, but they found that it was not the case that obese patients were healthier.

“We don’t yet understand this paradox and we would clearly not advise patients to put on weight.

“One of the more sensible explanations may be that when obese patients present to their doctor, they are given more aggressive treatment because they are seen as very high risk,” he explained.

“We do know, for example with cardiac rehabilitation, that the thing that absolutely works is exercise – that dramatically reduces risk even though you don’t necessarily lose weight.”

Other work by the same researchers has shown that a certain proportion of obese patients have very normal health and are not at increased risk of heart disease.

“BMI is quite a poor marker of what’s going on,” Dr Hamer added.

June Davison, a senior cardiac nurse at the British Heart Foundation, said: “It seems contradictory that one of the risk factors for heart disease may improve survival rates.

“The reason for this link remains unclear, but it’s possible that those with a higher BMI go to their doctor sooner and may be treated more aggressively.

“Also, this study only measured BMI. When looking at health risk it’s not only BMI that matters, but where fat is stored.

“Carrying excess fat around the middle can produce toxic substances which can increase your health risk.” 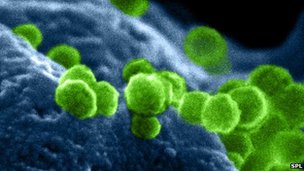