BANGKOK (AP) — Malaysia’s best-known former communist guerrilla, Chin Peng, who led a bloody insurgency against British rule in Malaysia in the late 1940s and early 50s, and lived in exile ever since, died in Bangkok Monday. He was 88.

Chin Peng, the nom de guerre he was known by, died of cancer in a private hospital, according to his former lawyer in Malaysia, Darshan Singh Khaira, and officials in Thailand. Chin Peng, whose real name was Ong Boon Hua, lost a legal struggle in recent years to be allowed back into Malaysia. Government leaders insisted his return would upset many Malaysians who lost their loved ones during the communist insurgency. The suspicions remained to this day. “Well done to the Malaysian people and government,” Mohamad Ezam Nor, a senator in the ruling United Malays National Organization, wrote on Twitter. He wrote that “because of our firmness the traitor Chin Peng has not achieved his desire to return to his homeland until the end of his lifetime.” Chin Peng, who was born in October 1924, first gained public attention during World War II, when he and other guerrillas provided the bulk of resistance to the Japanese occupation after Allied troops were swept from the Malayan peninsula and Singapore. After the war, he led an armed communist insurgency against British colonial rule in the country then known as Malaya. Leading a 10,000-strong force, Chin Peng faced some 70,000 British, Australian, New Zealand, Fijian, Gurkha and other British Commonwealth troops in the jungles between 1948 and 1957. Some 10,000 people are believed to have been killed during the period known as Emergency, the bloodiest time in the country’s modern history. After Malaya became independent in 1957, Chin Peng continued to fight the Malaysian government. But with the dragnet closing in on his jungle hide-outs and his Marxist-Leninist campaign losing steam, he fled to China in 1960. From there, he went to southern Thailand to reunite with hundreds of fighters loyal to him. He was never allowed to return even though he signed a peace treaty in 1989 and pledged loyalty to the Malaysian government. Malaysian authorities remained suspicious of his communist ideologies. Chin Peng launched a court battle in 2005 to force the government to allow him back into Malaysia. The country’s top court eventually ruled he could not return unless he first produces birth and citizen certificates, which his lawyers said were lost after being seized by British authorities in the 1940s. In 2008, the Brussels-based International Association of Democratic Lawyers urged Malaysia to allow Chin Peng to return home, saying he was being denied the right on “very technical grounds.” Chin Peng’s family was in Bangkok where his funeral was to be held at a Buddhist temple, said Thai Lt. Gen. Chawengsak Thongsaluay, a close aide to former Thai prime minister Chavalit Yongchaiyudh, who arranged the 1989 peace accord. Chin Peng’s family hoped to eventually have his remains brought to a final resting place in his northern Malaysian hometown but it was not clear whether they would be able to obtain government approval, his former lawyer in Malaysia said. Lim Kit Siang, a senior Malaysian opposition leader, wrote that Chin Peng’s death marked the “end of an era. Whether one agrees or not with his struggle, his place in history is assured.” 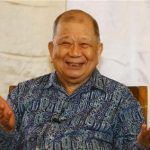 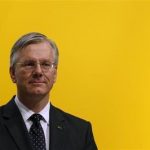 Iran could strike US bases if Israel attacks: Hezbollah

Screen legend Judi Dench to get honorary award in Spain 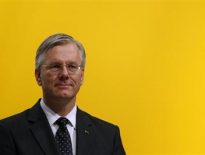 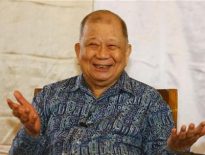