(Reuters) – During her tumultuous three years at the head of the Washington D.C. public schools, Michelle Rhee set off a lot of fireworks. 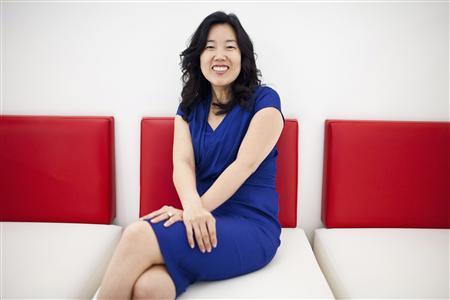 She’s still doing it – on a national stage.

Rhee has emerged as the leader of an unlikely coalition of politicians, philanthropists, financiers and entrepreneurs who believe the nation’s $500 billion-a-year public education system needs a massive overhaul. She has vowed to raise $1 billion for her national advocacy group, StudentsFirst, and forever break the hold of teachers unions on education policy.

StudentsFirst has its own political action committee (PAC), its own SuperPAC, and a staff of 75, including a cadre of seasoned lobbyists Rhee sends from state to state as political battles heat up. She has flooded the airwaves with TV and radio ads in a half dozen states weighing new policies on charter schools, teacher assessment and other hot-button issues.

To her supporters, Rhee is a once-in-a-generation leader who has the smarts and the star power to make a difference on one of the nation’s most intractable public policy issues.

But critics say Rhee risks destroying the very public schools she aims to save by forging alliances with political conservatives, evangelical groups and business interests that favor turning a large chunk of public education over to the private sector. She won’t disclose her donors, but public records indicate that they include billionaire financiers and wealthy foundations.

Rhee says she has only one goal: to make sure all children get a great education.

“We are about fighting for kids,” Rhee said. “And whoever is standing in the way … we are willing to go up against those folks because we can’t maintain the status quo.”

Few would argue that the status quo is working. In urban school districts nationwide, on average just one in four 10-year-olds is proficient in reading, and one in four 13-year-olds is at grade level in math. Many big-city districts have dropout rates of 50 percent.

Rhee argues the problem isn’t a lack of funding: Average spending per student has more than doubled since the early 1970s, even after accounting for inflation, to about $10,500 a year. Yet test scores have improved only modestly.

Schools don’t need more money, Rhee says; they need to be held accountable for how they spend it.

Rhee wants all teachers to be evaluated in large measure by how much they can boost their students’ scores on standardized tests. Scores are fed into a formula that rates how much “value” a teacher has added to each student over the year. Rhee says teachers who consistently don’t add value should be fired; those who do well should be rewarded with six-figure salaries.

She has also successfully pushed legislation in several states, including Florida, Michigan, Nevada and Tennessee, to abolish seniority systems that protect veteran teachers and put rookies first in line for layoffs without regard to job performance.

Also high on Rhee’s agenda: giving parents more choices. She calls for expanding charter schools, which are publicly funded but often run by private companies. She wants to let parents seize control of failing public schools and push out most of the staff. She also supports tax-funded vouchers, which can be used to pay private and parochial school tuition, for families living in neighborhoods with poor public schools.

Teachers unions have pushed back hard against many of these policies, with clout gained from years of lobbying and writing checks to candidates. Since 2008, the unions have spent more than $150 million on state politics.

“We are a bipartisan organization,” said Nancy Zuckerbrod, a spokeswoman for StudentsFirst. “The party affiliation of the adults is not what matters to us.”

Rhee has set up StudentsFirst as a network of interlocking lobbying groups, advocacy organizations and political action committees. By law, she does not have to disclose her donors, and she refuses to discuss her fundraising.

But an adviser to New York Mayor Michael Bloomberg confirms that he provided financial backing for Rhee’s recent push into Connecticut politics.

Rhee and her team are “education innovators dedicated to improving student achievement in a transformational way,” said Meredith Johnson, a spokeswoman for the Arnold Foundation.

“There is no budget,” said the state director, Derrell Bradford. “They are willing to spend whatever it takes.”

On a smaller scale, Charter Schools USA, one of the largest for-profit charter school management companies in the nation, gave Rhee’s group $5,000 last year after honoring her as a “New American Hero,” a spokeswoman for the outfit said.

And StudentsFirst has received more than $1 million in small contributions of less than $100 each from parents and other grassroots supporters, the staff said.

While Rhee is not required to disclose her spending, Reuters tracked more than $2 million in advocacy expenditures over the past nine months alone. Among the line items: $790,000 on advertising and lobbying in Connecticut; $6,700 to wine and dine lawmakers in Missouri; and $120,000 in donations to candidates and political caucuses in Tennessee.

In Michigan, StudentsFirst spent $955,000 last fall to push an education package that included evaluating teachers primarily by student test scores and restricting union bargaining rights (so issues like the new evaluation system would not be subject to negotiation). Rhee’s top ally in that campaign was State Representative Paul Scott, a social and fiscal conservative seen as a rising star in the Republican party.

Furious, the teachers’ union organized and funded a drive to recall Scott. Wealthy business and evangelical interests and StudentsFirst fought back in a failed bid to keep him in office. Rhee’s group alone spent at least $210,000 on that campaign, state records show.

A 42-year-old mother of two, Rhee seems an unlikely leader of the crusade to overhaul public education in America.

She spent just three years as a teacher, in Baltimore in the 1990s, and then founded a nonprofit to recruit top teachers to urban schools. A decade later she was tapped by Washington, D.C. Mayor Adrian Fenty to run its schools.

As chancellor, Rhee caused an immediate furor by closing two dozen schools, firing hundreds of teachers and principals, and putting a laser focus on standardized test scores. The scores rose, but officials are now investigating allegations that some of the most dramatic gains may have come from cheating. At first, Rhee called the allegations an insult; later she said she supported an investigation.

Rhee resigned in the fall of 2010 after Fenty was voted out of office, in large part because the teachers unions were so angry with Rhee that they worked feverishly to defeat him.

Rhee now splits her time between Nashville, Tennessee, where her daughters attend public school, and Sacramento, California, where her new husband, former NBA star Kevin Johnson, is the mayor.

She also spends plenty of time on the road. In the past year she has given 150 speeches in venues from Wall Street to charter schools. Her contract for a speech at Kent State University last fall called for a $35,000 fee paid to Rhee Enterprises LLC. Her staff says she also makes many speeches for free.

“She has brought a celebrity status to the movement,” said Kevin Chavous, a former city councilman in Washington, D.C.

Rhee’s allies in the reform movement don’t object to her ambition, but some worry that if cheating is proved in the capital, she will be discredited – and the entire reform movement along with her.

Rhee has also stirred concern among education activists with her links to conservative, anti-union Republicans – notably governors Rick Scott of Florida, John Kasich of Ohio, and Mitch Daniels of Indiana. Democrats who have been working on their own to advance many of Rhee’s ideas complain that they’re finding it harder to win over members of their party because Rhee has made the entire reform platform look like a far-right agenda.

Last fall, for instance, Rhee made two appearances in Pennsylvania at events organized by a conservative PAC that supports a free-market approach to education, in which every family, no matter how wealthy, would receive a tax-funded voucher to pay tuition at private or parochial schools.

The Pennsylvania PAC shares the name “Students First” with Rhea’s group but is not affiliated with her organization.

The Pennsylvania PAC has received millions from a trio of hedge-fund managers and the American Federation for Children, a pro-voucher group funded by Betsy and Dick DeVos, who are among the nation’s biggest donors to Republican and evangelical causes.

Rhee lent her celebrity status to the two events to press for a bill that would give vouchers to low-income families. The bill is still pending and the chairman of the Pennsylvania PAC, Reverend Joe Watkins, says he “absolutely” sees it as a stepping stone to universal vouchers.

Rhee says she does not support vouchers for everyone and would restrict them to households with annual incomes up to $57,600 for a family of four.

Nearly lost in the frenzy of education lobbying is a crucial question: Will the proposed fixes make schools better?

There is little concrete evidence either way.

Some charter schools vastly outperform traditional public schools; many also do far worse. Rhee says any school that consistently does poorly should be shut down, whether it’s a charter or a neighborhood school.

But many public school teachers fear that the best charters are skimming off the best students, leaving them with the least motivated and hardest-to-reach kids – and amplifying the gaps in test scores. Statistics from states as diverse as Florida, Colorado and Connecticut show charters serve far fewer poor, disabled and non-English-speaking students than traditional public schools.

Charters are also often non-union, so their expansion could threaten the power of teachers unions. In Connecticut, unions spent $1.2 million in just the past few months fighting a bill, backed by Rhee, that included charter expansion.

Above all, many teachers object to the focus on student test scores.

Several studies have shown that “value-added” formulas often produce wild swings from year to year, so a teacher judged highly effective this year might be might be rated quite poorly the next. Plus, teachers complain that the standardized tests don’t measure critical thinking, creativity, collaboration and other skills they work to nurture.

“They want to apply a business model to this, but we’re not making widgets,” said James Eager, a high school science teacher in North Haven, Connecticut.

Rhee acknowledges the value-added formulas aren’t perfect, but says they’re the only objective way to assess and compare teacher performance. “That’s the best measure we have,” Rhee said.

She says teachers should feel good about another of her goals: big bonuses for the best teachers.

Many unions oppose merit pay, saying it injects competition where there should be collaboration. It’s not clear that it’s effective, either. A recent three-year study by Vanderbilt University found that teachers offered a $15,000 bonus for raising test scores did no better than a control group.

“I would not be surprised if five years from now,” after many of the reformers’ proposals have been adopted, “everyone says, ‘Well, that didn’t work. Let’s try something new,'” said Diane Ravitch, who served as assistant secretary of education in the George H.W. Bush administration.

Rhee, undaunted, is finishing plans for a fall election drive. “We’ve still got a long way to go,” she said. 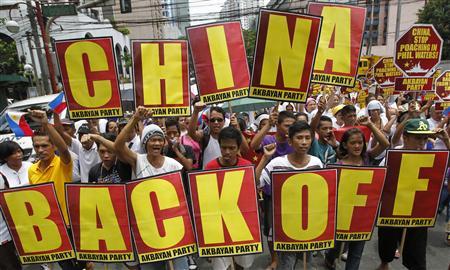 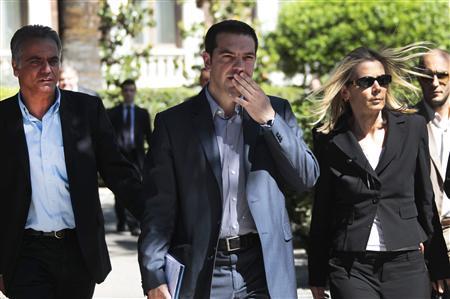