(Reuters) – The euro zone debt crisis is pushing the International Monetary Fund into new, and at times, uncomfortable territory. The global lender is preparing to monitor some of Europe’s largest economies possibly without its biggest weapon – money.

The IMF lacks the financial heft to come to the aid of economies the size of Spain or Italy on its own, even though its monitoring and enforcement role would be in demand.

Can it impose sufficient conditions on a large European country to effect change and preserve its credibility, without any funds?

“One difficulty for the IMF is that, throughout the past two years, in order to maintain the political coalition for bailouts in Europe, they have been prepared to do things that they would never have accepted if they had vantage over it themselves,” said Fredrick Erixon, director of the Brussels-based European Center for International Political Economy.

European Central Bank chief Mario Draghi has said IMF help will be sought to both design conditions and monitor programs for euro zone nations that want the ECB to step in to buy their bonds to lower their borrowing costs.

Spanish Prime Minister Mariano Rajoy said last month he has no objection to IMF monitoring, but also insisted he did not want it making fresh demands for a further tightening of Spain’s budget. Spain is widely expected to be the test case for the ECB’s new euro zone rescue plan, and some investors think Italy could follow.

Until the euro zone crisis erupted, most of the IMF’s bailouts focused on emerging economies in Asia and Latin America. Europe’s crisis presents a case much larger and potentially more damaging to the global economy than anything the IMF has previously overseen.

But IMF involvement is politically toxic in Europe. Fund officials, who regularly descend with their European colleagues to check whether bailed-out governments are taking their medicine, have earned the moniker “Men in Black”.

“I don’t know of any example in history where the political leadership or the electorate have been pleased to see the IMF come in to review the books and find out what the governments are doing,” said Erixon.

“It’s even more difficult for Spain and Italy, which are large countries with a political culture or perception that their sovereignty should not be challenged by officials poking their noses into what they’re doing.”

It has escaped no one’s notice that the three governments that had to go cap in hand to the IMF – Greece, Portugal and Ireland – were soon turned out of office by their voters.

The coming months are critical for addressing the euro zone’s problems. IMF and World Bank meetings that kick off in Tokyo next week will focus on whether or not Europe has a handle on the crisis and what more needs to be done.

Until now, the IMF has operated alongside the European Union and ECB as part of a “troika” of emergency lenders to Greece, Ireland and Portugal. Together, the troika has demanded fiscal and structural changes in exchange for rescue funding, and it has jointly overseen implementation of these bailout programs.

The IMF’s role in this next phase of the euro zone crisis is less clear and a subject of some internal concern. European countries are some of the IMF’s biggest and most influential member countries and speaking truth to power may be challenging.

Lagarde does not act alone. She reports to a board that represents 188 countries that want to ensure the IMF’s credibility is not damaged and its funds are not squandered.

The biggest IMF shareholder is the United States, which has been pressing Europe to get ahead of the crisis with a strong financial firewall. Its clout in the Fund gives it a big stick to wield to influence loan conditions.

The IMF, however, has already shown that it is able to adjust its role. When Spain negotiated a 100 billion euro bank bailout with Europe in June, the Fund separately reached an agreement with Madrid on ways the fund could monitor implementation of the plan to reassure markets.

Domenico Lombardi, a senior fellow at the Brookings Institution in Washington, said the IMF had little choice but to get involved to prevent the problems in Europe from destabilizing the global financial system.

“We are very close to a full blown systemic crisis of the euro area and it is the IMF’s duty to make sure the situation is stabilized,” said Lombardi.

“The conditions in which the IMF involvement will take place are extremely challenging and unprecedented. It puts the IMF at the heart of the euro area policymaking machinery.”

Conversations with officials with knowledge of the situation show three likely scenarios emerging if larger European countries should turn to the IMF – all of them with a more limited role than the IMF has been used to elsewhere.

In one scenario, the IMF could enforce an agreement even though it had no role in formulating or funding it. However, such a setup would leave the IMF vulnerable to being held responsible for a plan created by others.

In a second approach, the IMF could be asked to negotiate conditions for a bailout and to enforce the program, which would ensure investors a country’s foot is being held to the fire.

A third scenario could involve some IMF bailout money, and the institution would help negotiate the program’s conditions and ensure its implementation, similar to what it is doing in Greece, Ireland and Portugal.

The IMF’s work in African countries may offer some clues about the Fund’s likely approach. In 2005, it began a program for countries in Africa that did not need IMF money but wanted its stamp of approval on policies to reassure investors and markets. 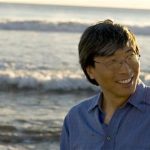 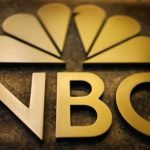 Congo says no talks with rebels unless they quit Goma

The sinking of “Plan B”; the U.S. “fiscal cliff” disaster of John Boehner

Why Am I Losing My Hair? 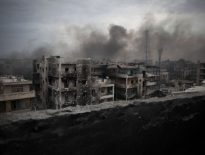 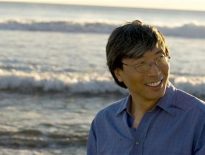