The vice president holds a round table with officials from Virginia Tech, where a gunman killed 32 in 2007. They discuss background checks and mental health. 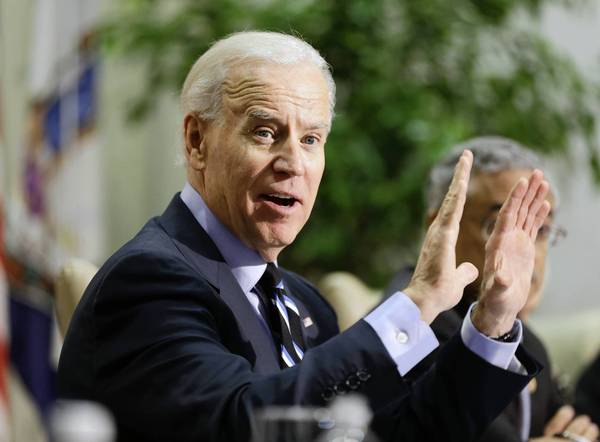 Vice President Joe Biden gestures during a round table discussion on gun violence at Virginia Commonwealth University in Richmond, Va., Friday, Jan. 25, 2013. The panelists included officials who worked on the aftermath of the Virginia Tech shootings. (AP Photo/Steve Helber) ** Usable by LA and DC Only **

By Michael A. Memoli, Washington Bureau

Biden, who has led the White House response to the Newtown, Conn., school shooting, said the nation was shaken by the massacre of 20 first-graders and called the episode “a window into the vulnerability people feel about their safety and the safety of their children.”

But he also noted that since the Dec. 14 shooting, which also killed six school staff members, 1,200 Americans have been slain by guns, and he said such violence demands action.

“We cannot remain silent as a country,” Biden said.

He spoke to the media after a two-hour, closed-door round table with officials from Virginia Tech, where a mentally unstable gunman killed 32 people in 2007, the worst school shooting in American history. The discussion focused on the background check system and mental health.

It was Biden’s second event in as many days on guns. He appeared Thursday on Google Plus for a “fireside chat” on the administration’s agenda. He said he chose to appear on the social network to urge viewers to contact their Congress members about their concerns.

“Make your voices heard,” he said. “This town listens when people rise up and speak.”

Several of the questions posed to Biden in the online conversation centered on the assault weapons ban, the most politically fraught of the White House’s proposals. Biden maintained that the ban, when it was in effect from 1994 until 2004, helped keep law enforcement safer.

But he said he was “much less concerned” about assault weapons than large-capacity magazines. Biden said the Connecticut shooting was more lethal because the assailant, Adam Lanza, used 30-round magazines. “Maybe if he took longer, maybe one more kid would be alive,” Biden said.

Friday’s event zeroed in on the proposal that polls show has the broadest support: expanding background checks to cover private sales, including at gun shows.

Requiring criminal and mental health background checks for all gun sales was the most popular of nine Obama proposals that Gallup polled on this week, with overwhelming 91% support. An assault weapons ban also had majority support, with 60% saying they would back such a proposal.

Biden’s push comes a day after Sen. Dianne Feinstein (D-Calif.) proposed a stronger assault weapons ban at a Capitol Hill news conference, joined by gun control advocates and other lawmakers — al lDemocrats, none of them from red states.

Building public pressure is an essential feature of the White House strategy. Aides say Biden and the president will hold additional events, part of a second-term strategy that relies more on marshaling public pressure on Congress than traditional lobbying by the White House. The president is likely to highlight gun safety in his State of the Union address next month.

The legislative action will start in the Democratic-run Senate. Sen. Patrick J. Leahy (D-Vt.), chairman of the Judiciary Committee, will preside over the panel’s first hearing on the issue Jan. 30. On Tuesday, Leahy introduced a bill that would create new penalties for straw purchasers who buy firearms with the intent to transfer them to someone else.

In addition to the background checks and an assault weapons ban, Obama called on Congress to improve school safety and broaden access to mental health treatment. The proposed legislation, as well as executive actions Obama took on his own, stem from a task force led by the vice president that met with gun control advocates, law enforcement, local elected officials and gun owners groups.

Senate Majority Leader Harry Reid (D-Nev.) said this week that Democrats would not run from the issue. Signaling which proposals were most likely to move through the Senate, he cited expanded background checks and limits on magazine capacities, but not an assault weapons ban.

“I hope what we can do is have a bill reported out of the Judiciary Committee,” Reid said. “It may not be everything everyone wants, but I hope it has some stuff in there that’s really important.”

One GOP senator, Mark Kirk of Illinois, is working on legislation, focusing on background checks and gun trafficking. But for the most part, Republicans have said little about what they might support, promising only that they would consider legislation the majority introduces.

Biden was joined Friday by Virginia’s newly elected senator, Democrat Tim Kaine, who was governor during the Virginia Tech shooting and mayor of Richmond before that. Kaine noted how he had worked with a Republican-controlled Legislature, as well as a Republican attorney general — Bob McDonnell, now the state’s governor — to make improvements in the state’s background check system.

“There are things you can do that work,” he said. “You can do them by working together.”

Melanie Mason in the Washington bureau contributed to this report. 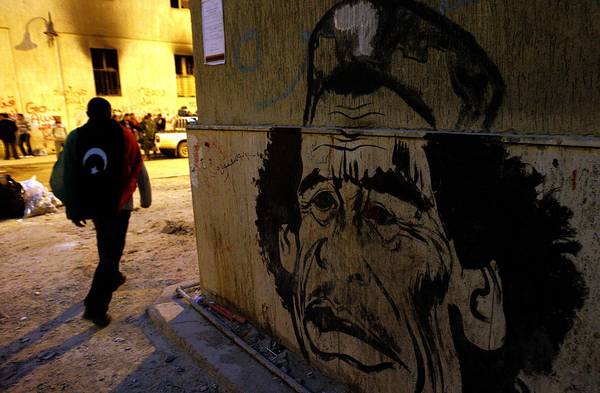 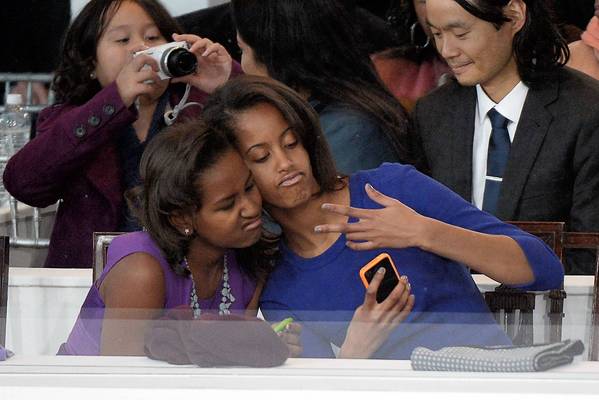 News Amid all the pomp (and tedium), Obama’s R…
Wildcard SSL