A California jury that will decide the fate of a German conman, who became infamous for posing as a Rockefeller and is now on trial a decades-old cold case murder, has wrapped up its first day of deliberations without reaching a verdict.

Christian Karl Gerhartsreiter, 52, who has lived for years under the name Clark Rockefeller and claimed to be an heir to the famed family fortune, is charged with murder in the 1985 killing of John Sohus, the 27-year-old son of his former California landlady.

The six men and six women on the jury spent most of today behind closed doors after hearing the final remarks from the prosecutor, who urged them to find Gerhartsreiter guilty.

Sohus and his wife Linda disappeared in 1985. Sohus’ remains were discovered in 1994 in the backyard of the family’s San Marino, Calif., home, but no trace of Linda has ever been found.

Balian has spent the last three weeks presenting circumstantial evidence and trying to paint Gerhartsreiter as a killer. While Gerhartsreiter is only charged with killing John Sohus, the prosecutor has been allowed to say he believes the conman also killed Linda Sohus.

Defense attorney Jeffrey Denner argued that while his client, Gerhartsreiter, lied about his life and made up lavish stories, he is not a murderer. The defense also has argued that it is just as possible that Linda Sohus killed her husband.

Balian acknowledged in his final remarks that he had not presented the jury with a motive for why Gerhartsreiter would want to kill either Linda or John Sohus. Balian also said there are no witnesses or physical evidence to connect Gerhartsreiter to the murder, but said “circumstantial evidence is just as powerful.”

“Some cases are so old that you never get every question answered,” he said. “Many tragedies happen and we search for reasons, and sometimes we never find them.”

Gerhartsreiter, who spent decades under different aliases, was previously serving a five-year sentence in Massachusetts after being convicted in 2009 of kidnapping his 7-year-old daughter before he was extradited to California to stand trial for the murder of John Sohus. He has pleaded not guilty in the murder case and chose to not testify in his own defense.

If convicted of murder, he faces 26 years to life in prison.

After arriving in the United States in 1978 at age 17, Gerhartsreiter, originally of Siegsdorf, Germany, took on several idenities to charm his way into wealthy American high society circles, according to court documents. He claimed to be a cardiologist, a Hollywood producer and a Wall Street venture capitalist. He also boasted he was a physicist, an art collector, a ship captain and a distant descendent of British royalty.

Since the early 1990s, he has gone by the name Clark Rockefeller, claiming to be a member of the wealthy American family, and even fooling his ex-wife about his true identity for years during their marriage.

In 1985, prosecutors argued, Gerhartsreiter was using the name Christopher Chichester and was living in John Sohus’ mother’s guest house in San Marino. During his stay, John Sohus and his new wife Linda told friends they were going to New York on a trip, but never returned. Then Chichester also vanished.

In May 1994, about a decade after the Sohus’ disappearance, the new owner of the Sohus’ family home discovered skeletal remains in the backyard while digging a swimming pool.

Two years ago, in 2011, authorities confirmed for the first time the bones belonged to John Sohus, using DNA provided by his sister, Lori Moltz. The premature technology of DNA testing back in the 1990s and the fact Sohus was adopted as a child delayed the definitive identity of the remains.

Boss testified last week that after their daughter was born, her husband became “an unpleasant human being who was choosing not to work” and a constant liar. As the family breadwinner, Boss said she was earning $1.2 million a year at a management consulting firm in New York and her bank account and the family finances were controlled by her husband.

In January 2007, Boss filed for divorce. It was during the divorce proceedings that Boss said Gerhartsreiter’s true identity began to unravel, according to court documents. When the divorce was finalized in December 2007, Boss and her daughter moved to London and Gerhartsreiter was granted supervised visitation rights.

In September 2008, Gerhartsreiter was arrested and charged with kidnapping their then-7-year-old daughter and assaulting a social worker with a dangerous weapon during a supervised visitation in Boston.

He was convicted and sentenced to five years in a Massachusetts state prison the following year. 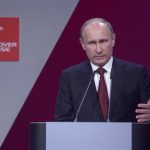 Putin says Korea conflict would be worse than Chernobyl 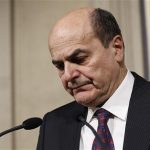 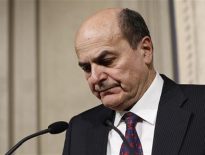 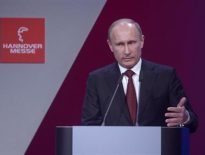 Europe Putin says Korea conflict would be worse than Cher…