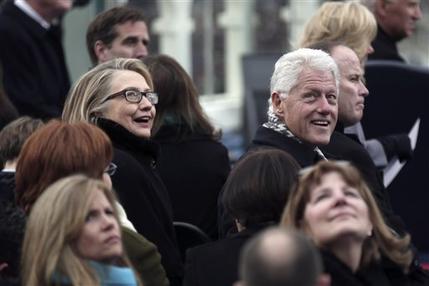 Secretary of State Hillary Rodham Clinton and former president Bill Clinton look on during the ceremonial swearing-in ceremony during the 57th President Inauguration, Monday, Jan. 21, 2013, on the West Front of the Capitol in Washington. (AP Photo/Win McNamee, Pool)

Clinton is the sole witness Wednesday at back-to-back hearings before the Senate and House foreign policy panels on the September raid, an independent panel’s review that harshly criticized the State Department and the steps the Obama administration is taking to beef up security at U.S. facilities worldwide.

Clinton had been scheduled to testify before Congress last month, but an illness, a concussion and a blood clot near her brain forced her to postpone her appearance.

Her marathon day on Capitol Hill will probably be her last in Congress before she steps down as secretary of state. President Barack Obama has nominated Sen. John Kerry, D-Mass., to succeed her, and his swift Senate confirmation is widely expected. Kerry’s confirmation hearing is scheduled for Thursday.

Clinton’s testimony will focus on the attack after more than three months of Republican charges that the Obama administration ignored signs of a deteriorating security situation in Libya and cast an act of terrorism as mere protests over an anti-Muslim video in the heat of a presidential election. Washington officials suspect that militants linked to al-Qaida carried out the attack.

“It’s been a cover-up from the beginning,” Sen. John McCain, R-Ariz., the newest member of the Senate Foreign Relations Committee, said Tuesday.

Politics play an outsized role in any appearance by Clinton, who sought the Democratic presidential nomination in 2008 and is the subject of constant speculation about a possible bid in 2016. The former first lady and New York senator – a polarizing figure dogged by controversy – is about to end her four-year tenure at the State Department with high favorable ratings.

A poll early last month by the Pew Research Center for the People & the Press found 65 percent of Americans held a favorable impression of Clinton, compared with 29 percent unfavorable.

Challenging Clinton at the hearing will be two possible 2016 Republican presidential candidates – Florida’s Marco Rubio and Kentucky’s Rand Paul, also a new member of the committee.

Clinton did little to quiet the presidential chatter earlier this month when she returned to work at the State Department after her illness. On the subject of retirement, she said, “I don’t know if that is a word I would use, but certainly stepping off the very fast track for a little while.”

State Department spokeswoman Victoria Nuland said Tuesday that Clinton would focus on the Accountability Review Board’s independent assessment of the attack and the State Department’s work to implement its findings.

“Systematic failures and leadership and management deficiencies at senior levels within two bureaus of the State Department resulted in a Special Mission security posture that was inadequate for Benghazi and grossly inadequate to deal with the attack that took place,” the panel said in its report last month.

The report singled out the Bureau of Diplomatic Security and the Bureau of Near East Affairs, saying there appeared to be a lack of cooperation and confusion over protection at the mission in Benghazi. The report described a security vacuum in Libya after rebel forces toppled the decades-long regime of strongman Moammar Gadhafi.

The report made 29 recommendations to improve diplomatic security, particularly at high-threat posts.

Nuland said Clinton “pledged not only to accept all 29 of the recommendations, but to have the implementation of those recommendations well under way before her successor took over. So I think she’ll want to give a status on that.”

Asked for the number of State Department employees fired for their handling of Benghazi, Nuland said four people were put on administrative leave. They included Eric Boswell, who resigned from the position of assistant secretary of diplomatic security.

But Nuland declined to say if Boswell and the others still are working for the department in some capacity.

Sen. John Barrasso, R-Wyo., a member of the Senate committee, questioned the status of the FBI investigation and whether any individual has been implicated.

“My last understanding is that there is no one currently still being held for questioning, no one’s been prosecuted for this or held accountable even though the president promised that to be the case,” he said.

Still, Barrasso insisted that the hearing will be respectful.

Presiding over the Senate session will be Sen. Bob Menendez, D-N.J., the next chairman of the Foreign Relations Committee. It would be unusual for Kerry to oversee the hearing.

“My hope is we look at this as a positive constructive opportunity to build much greater security for our diplomatic missions across the world,” Menendez said. “That’s how I’m going to the hearing. I hope my colleagues have the same type of view.” 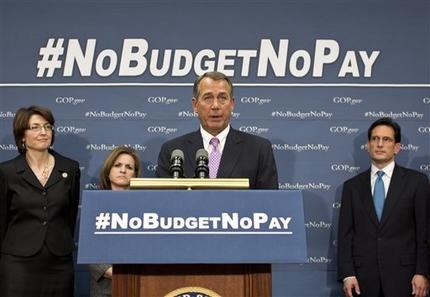 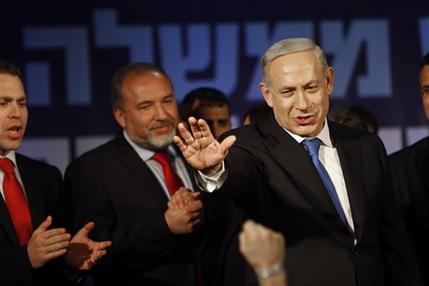