(Reuters) – Colombia’s Marxist rebels called a two-month unilateral ceasefire on Monday, the first truce in more than a decade, as delicate peace talks began in Cuba to try to end a half century of war. 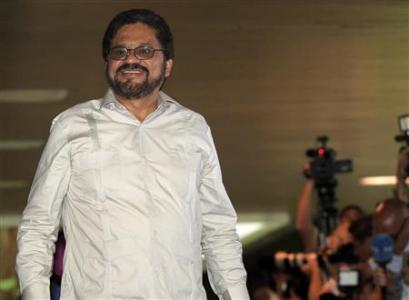 Colombia’s FARC lead negotiator Ivan Marquez arrives to talks in Havana November 19, 2012. Marxist FARC rebels announced a unilateral two-month ceasefire on Monday as they opened negotiations with the government in an attempt to restore peace after nearly half a century of war. The FARC will halt all offensive military operations and acts of sabotage against infrastructure beginning at midnight on Monday night and running through Jan. 20, FARC lead negotiator Ivan Marquez said as he arrived for talks in Havana. REUTERS/Enrique De La Osa

Colombian President Juan Manuel Santos’ government reiterated, however, that there would be no halt to military operations until a final peace deal is signed with the Revolutionary Armed Forces of Colombia, known as FARC.

The rebel group said it would halt all offensive military operations and acts of sabotage against infrastructure beginning at midnight on Monday and running through January 20.

“This decision by the FARC is a decisive contribution to strengthen the climate of understanding needed so the parties … can achieve the purpose desired by all Colombians,” lead rebel negotiator Ivan Marquez said, standing outside a convention center for the start of talks in Havana.

The gesture is a sign that the rebels may be keen to push talks to a successful end – something that was thrown into doubt by long, drawn-out speeches by its leadership calling for major changes to Colombia’s political system.

The warring sides arrived at the talks in black luxury cars and will meet almost daily until negotiations end.

A crush of journalists surrounded the bearded, bespectacled Marquez who stood with other FARC delegates, including Dutch national Tanja Nijmeijer in Havana’s plushest neighborhood.

Some FARC members wore caps and T-shirts of Simon Trinidad, an official guerrilla negotiator who is in prison in the United States. Others shouted “Long Live the Army of the People.”

The head of the Colombian government delegation, Humberto de la Calle, smiled and waved as he entered but made no comment.

“Security forces have the constitutional duty to pursue all criminals that have violated the constitution,” he said. “Hopefully they keep their promise, but history shows that this terrorist group never complies with anything.”

A failure of the latest peace process would mean years of more fighting and further blight on the reputation of a country eager for foreign investment and regional clout, yet which has been unable to resolve its most serious domestic problem.

Residents in western Cauca province, one of Colombia’s most war-ravaged areas, celebrated the FARC ceasefire.

“We hope it’s not just two months, we hope that it’s definitive,” Orlando Ramos, a resident in Miranda, Cauca, said on local television.

The announcement by the FARC could be a breather for oil and mining companies, the target of many FARC attacks in recent months as the group sought to hobble Santos’ main source of international revenue.

The war costs Latin America’s fourth-largest economy 1 to 2 percentage points of gross domestic product every year, according to the government, and makes large tracts of arable land unsafe due to combat or landmines.

“The opportunities for agriculture production in particular could reshape the country’s export sector, particularly as both small-scale and larger farmers could produce on land long off-limits due to security troubles.”

Santos wants an agreement within nine months, while the rebels say the process will likely take longer. The two sides face plenty of thorny issues in their five-point agenda, which will begin with rural development.

Previous peace attempts have failed, but both the government and the FARC have expressed optimism that this time might be different.

Not everyone is so upbeat though.

“You have to take this announcement with a grain of salt,” Felix Lafaurie, head of Colombia’s National Federation of Cattle Ranchers, said on Colombian radio.

“I hope this is going to be a sign of the FARC’s good will and not that they’ll then take swipes on substantive issues.”

The vast majority of Colombians support the peace process, although they think it will ultimately fail. Even so, the talks are the biggest gamble in Santos’ political career and their success or failure may decide the outcome of the next election in 2014.

The conflict dates back to 1964 when the FARC emerged as a communist agrarian movement intent on overturning Colombia’s long history of social inequality. During the 1990s, the FARC controlled large parts of the country.

In the early 2000s, billions of dollars in U.S. aid, improved intelligence and increased mobility began to turn the tide of the war in favor of the government.

The FARC has lost at least half a dozen top commanders and been pushed back into remote jungle hideouts in recent years, though the rebels are far from a spent force and still wage attacks on security forces and economic infrastructure.

Violence was among the reasons previous peace talks failed. In the last attempt from 1999 to 2002, the government broke off negotiations after the FARC hijacked an airplane.

“The FARC have heard the voice of many Colombians, that rightly have been skeptical about its willingness to reach an end to the war, given the past,” said Juan Fernando Cristo, a senator for the Liberal Party.

“The decision for a unilateral truce should fill us with optimism about what’s coming at the negotiating table.” 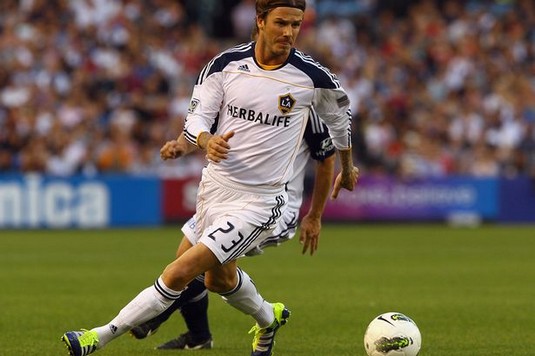 Football ‘I want one last challenge before I retire&#… 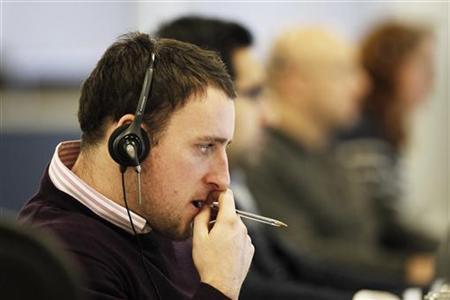