The head of the army in the Democratic Republic of Congo has been suspended pending an investigation into claims that he sold weapons to rebel groups. 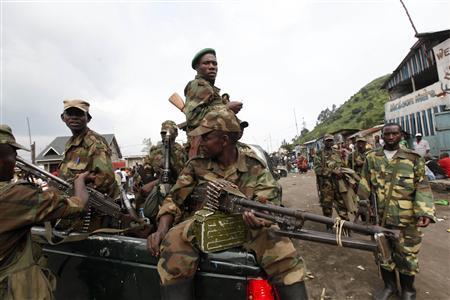 Congolese Revolution Army (CRA) rebels sit in a truck as they patrol a street in Sake, 25 km (15.5 miles) north of Goma city in the eastern Democratic Republic of Congo (DRC), November 21, 2012, soon after the rebels captured the town from the government army. The United Nations defended its failed effort to prevent rebels from seizing the Congolese city of Goma, saying on Wednesday its helicopters had fired hundreds of rockets at rebels but were unable to beat them back when their forces sharply increased. Advancing M23 rebels seized the city on Tuesday after soldiers from the Democratic Republic of Congo’s army fled. REUTERS/James Akena

A government spokesman said other officers were also being investigated.

The suspension follows the seizure of the city of Goma by rebels of the M23 group on Tuesday.

Rebels also seized another town, Sake, although government spokesman Lambert Mende says it is now back in government hands.

The rebels, who are widely believed to be backed by Rwanda and Uganda, have threatened to advance towards the capital Kinshasa unless President Joseph Kabila opens direct peace talks.

The report, written for the UN by a group of independent experts, said Gen Amisi ran a network providing arms to criminal groups and rebels operating in DR Congo’s troubled east.

The M23 was not among the armed groups named in the report although Mai Mai group, Raia Mutomboki, is thought in some instances to have allied itself with the M23.

It says ammunition is being bought in neighbouring Republic of Congo and smuggled through Kinshasa to the east by a network of Gen Amisi’s associates, including members of his family.

A separate UN investigation earlier this month said that Mai Mai Raia Mutomboki and Nyatura, along with the Rwandan FDLR rebel group, had been responsible for the deaths of more than 260 civilians in a wave of tit-for-tat ethnic massacres in remote parts of North Kivu province.

Meanwhile, M23 rebels have rejected a call by regional leaders to withdraw from the main eastern city of Goma.

About 500,000 people have been displaced by the rebellion since April.

A UN report has accused Rwanda and Uganda of backing the M23, saying the chain of command culminates with Rwandan Defence Minister James Kabarebe.

Both countries strongly deny the accusations.

The M23’s gains have raised fears of renewed war in DR Congo, where some five million people died in a conflict from 1997-2003.

The UN Security Council has adopted a resolution condemning the rebel seizure of Goma and calling for sanctions against M23 leaders.

The group was formed in April after a mutiny in the army. The rebels said they were not given army posts promised in a 2009 deal to end a previous uprising. 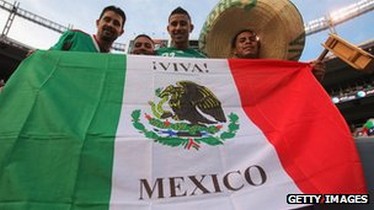 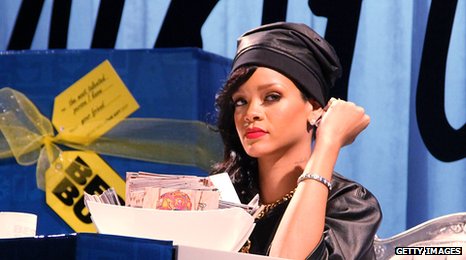