DAKAR, Senegal (AP) — About 30 million primary school-aged children in sub-Saharan Africa are not in class, partially because of conflict and poverty, and progress to get them back to school has stalled, two U.N. agencies said. 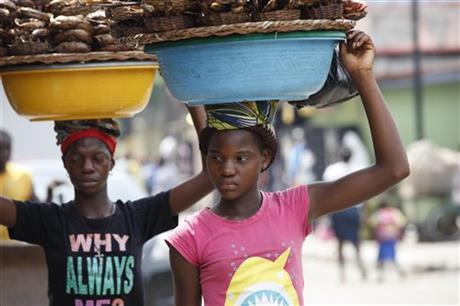 Twelve-year-old, Kemi Olajuwon, right, who has to drop out of school some days to sell smoked fish and make money so there can be food in the house, and also for her school fees, sells her wares on the street in the Obalende area of Lagos, Nigeria, Tuesday, June 17, 2014 . A new U.N. review says that about 30 million primary school-aged children in sub-Saharan Africa are not in class. (AP Photo/Sunday Alamba)

The situation is especially dire in West and Central Africa, which has the largest proportion of children out of school of any region in the world, said a pair of reports published Monday by UNICEF, the U.N. children’s agency, and the statistics arm of UNESCO, the U.N. cultural and education agency.

The U.N. Millennium Development goals made primary education for every child a priority in 2000, and substantial progress was made through 2007, the reports said. In 1999 there were 106 million kids out of school globally, and by 2008 that figured dropped to 60 million, according to Yumiko Yokozeki, a regional education adviser for UNICEF in West and Central Africa. But since then, things have stagnated.

Only the hardest cases are left in many countries, such as kids who live in rural areas or kids in conflict zones, she said.

The last 40 percent is much easier than dealing with the last 20 percent, she said.

Some countries, like Burkina Faso, have made good progress. Yokozeki said there’s no magic bullet: Getting kids into classrooms requires governments to commit more money to education budgets — to reduce or eliminate fees, hire more teachers and buy more textbooks — but it also requires grassroots efforts to convince parents that education is accessible and worth it.

Declining international aid since the global financial crisis and an increase in conflicts have hindered efforts, Yokozeki said. Many schools in conflict zones shut down or it’s too dangerous for children to reach them; in some places, like Central African Republic, families have fled their homes because of violence.

Mali was making great progress on getting children into the classroom, she said, but a 2012 coup brought chaos to the West African country and allowed militants to take over the country’s north.

Other countries have also seen conflicts flare or intensify. In Nigeria, the Boko Haram militant group has staged a series of attacks on villages and kidnapped hundreds of girls from a school in the country’s north while they were taking exams.

And in places where conflict does not prevent kids from going to school, often poverty does.

I love school but have to drop some days of the week to help sell fish, so there can be food in the house and also for my school fees, said Kemi Olajuwon, a 12-year-old who was selling smoked fish on the streets of Lagos, Nigeria’s commercial capital.

Staggering numbers of children are out of school: about 10 million in southern and eastern Africa and another 19 million in West and Central Africa, according to the UNESCO statistics institute’s database.

Yokozeki said the real numbers are likely higher. The UNESCO figures come from school censuses, but household surveys, for instance, show more than 23 million kids in West and Central Africa who should be in primary school are not. Household surveys for eastern and southern Africa push the number in those regions to 19 million.

On average, that means that about one out of every five kids in sub-Saharan Africa who should be in primary school isn’t.

For those countries that have made progress getting kids through the doors, the challenge now is how to keep them there, said Marc Bernal, a regional adviser on sub-Saharan Africa for the UNESCO statistics institute.

Dominique Sambou, a 15-year-old student at the College de la Cathedrale in Dakar, won’t be one to drop out. He wants to be a commercial pilot.

I want to finish school to ensure a future for my children, to take care of my parents, he said, as he chatted with his friends while on lunch break. But he acknowledged that school is tough and some kids just find it too boring.

The quality of the education has not followed, Bernal said. Schools have been built, teachers have been hired, but we need to focus on the quality. 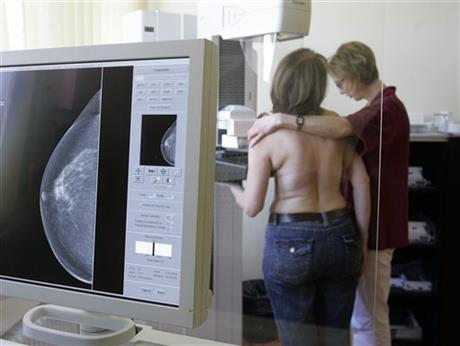 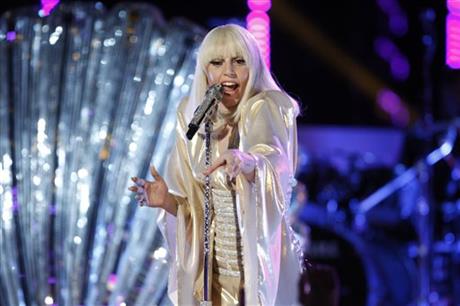