Attorney Mark O’Mara told jurors the burden was on prosecutors, and he said they hadn’t proven Zimmerman’s guilt beyond a reasonable doubt. O’Mara said prosecutors built a case on a series hypothetical “could’ve beens” and “maybes.”

“If it hasn’t been proven, it’s just not there,” O’Mara said. “You can’t fill in the gaps. You can’t connect the dots. You’re not allowed to.”

The six jurors could begin deliberating Friday. Because there were no eyewitnesses, the panel of six women will likely rely heavily on testimony – which was often conflicting – from police, neighbors, friends and family members. They will have to decide if they can determine who was yelling for help on a 911 call that recorded the shooting, and whether Zimmerman was a wannabe cop who took the law into his own hands or someone who was in a fight for his life, with his head being repeatedly slammed into the ground.

O’Mara dismissed the prosecution’s contention that Zimmerman was a “crazy guy” patrolling his townhome complex and “looking for people to harass” when he saw Martin, an unarmed black teenager. O’Mara also disputed prosecutors claim that Zimmerman snapped when he saw Martin because there had been a rash of break-ins in the neighborhood, mostly by young black men.

Zimmerman at no point showed ill will, hate or spite during his confrontation with Martin, which is what prosecutors must prove for second-degree murder, O’Mara said.

“That presumption isn’t based on any fact whatsoever,” O’Mara said.

O’Mara also told jurors to ask themselves what Martin was doing during the four minutes from when he started running at the urging of a friend he was talking to on a cell phone to when he encountered Zimmerman. Martin was planning his attack instead of going back to the townhome where he was staying, O’Mara said. The defense attorney let four minutes of silence pass to emphasize the amount of time.

“The person who decided … it was going to be a violent event, it was the guy who decided not to go home when he had a chance to,” O’Mara said.

The defense attorney bolstered his arguments with a poster-board timeline of events, a power point-presentation showing witnesses who had testified and a computer-animated depiction of the fight based on Zimmerman’ account.

De la Rionda said in his closing argument that Zimmerman assumed Martin was a criminal who was up to no good when he confronted him in his neighborhood. A scuffle followed, and Zimmerman fired his gun.

“A teenager is dead. He is dead through no fault of his own,” de la Rionda said. “He is dead because a man made assumptions. … Unfortunately because his assumptions were wrong, Trayvon Benjamin Martin no longer walks this Earth.”

Judge Debra Nelson’s ruling to allow consideration of the manslaughter charge came despite the objections of Zimmerman’s lawyers.

Allowing the jurors to consider manslaughter could give those who aren’t convinced the shooting amounted to murder a way to hold Zimmerman responsible for the death of the unarmed teen.

It is standard for prosecutors in Florida murder cases to ask that the jury be allowed to consider lesser charges that were not actually brought against the defendant. And it is not unusual for judges to grant such requests.

As the nation awaits a verdict in the trial, police and city leaders in Sanford and South Florida say they have taken precautionary steps for the possibility of mass protests or even civil unrest if Zimmerman, who identifies himself as Hispanic, is acquitted, particularly in African-American neighborhoods where passions run strongest over the case.

There were massive protests in Sanford and other cities across the country when authorities waited 44 days before arresting Zimmerman.

Zimmerman has claimed he fired in self-defense after Martin sucker-punched him and began slamming his head into the pavement. Prosecutors have disputed his account and portrayed him as the aggressor.

De la Rionda argued that Zimmerman showed ill will and hatred when he whispered profanities to a police dispatcher over his cellphone while following Martin through the neighborhood. He said Zimmerman “profiled” the teenager as a criminal.

“He assumed Trayvon Martin was a criminal,” de la Rionda said. “That is why we are here.” 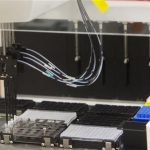 France is latest US ally angered by NSA snooping 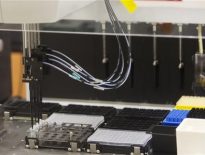 Europe Around the world, DNA databases solve crimes, but …

Celebrity Pippa Middleton And Her Family Join The Queen At T…