HONG KONG (AP) — Thousands of Hong Kong college and university students boycotted classes Monday to protest Beijing’s decision to restrict voting reforms, the start of a weeklong strike that marks the latest phase in the battle for democracy in the southern Chinese city. 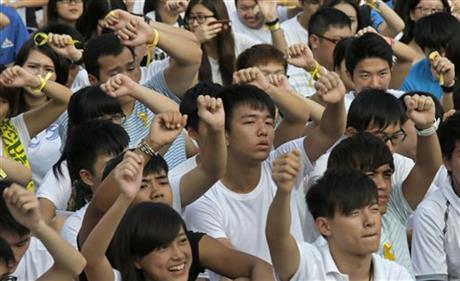 Students wave their fists during a rally at the Chinese University of Hong Kong campus in Hong Kong, Monday, Sept. 22, 2014. Thousands of Hong Kong students boycotted classes Monday to protest Beijing’s decision to restrict electoral reforms in a weeklong strike marking the latest phase in the battle for democracy in the southern Chinese city. (AP Photo/Vincent Yu)

The strike comes as dozens of the city’s tycoons and business leaders paid a rare group visit to Beijing to meet with China’s communist leaders, who want to bolster support from Hong Kong’s pro-establishment billionaire elites for the central government’s policies on the semiautonomous city.

Student organizers are dismayed over Beijing’s decision in August to rule out open nominations for candidates under proposed guidelines for the first-ever elections for Hong Kong’s top leader, promised for 2017.

Discontent over democratic reform is especially acute among Hong Kong’s young people, who worry about their prospects amid widening inequality they blame on billionaire tycoons whose companies control vast parts of the economy and who have Beijing’s ear.

The National People’s Congress, China’s legislature, insists election candidates be vetted by a committee. Many of the tycoons visiting Beijing are part of a similar body that selects Hong Kong’s leaders.

Hong Kong’s democracy battle has led to increasing tension and division, with activists threatening to stage a mass occupation of the Asian financial hub’s central business district as early as Oct. 1 as part of a civil disobedience campaign to press their demands.

China took control of the former British colony in 1997, agreeing to let it keep civil liberties unseen on the mainland and promising that the leader can eventually be chosen through universal suffrage. But Beijing’s insistence on screening candidates for patriotism to China has stoked fears among democracy groups that Hong Kong will never get genuine democracy.

The student strike will mark the turning point of the democratic movement, Alex Chow, secretary general of the Hong Kong Federation of Students, told about 13,000 students from 24 schools rallying at the Chinese University of Hong Kong’s suburban campus. We will not have illusions in the government anymore, but we’ll have faith in ourselves. We are willing to pay the price for democracy.

Students plan to gather daily for the rest of the week in a downtown park next to government headquarters. A smaller group of high schoolers plans to join the strike on Friday.

Preselected candidates by a controlled nominating committee can only represent vested interests, but not the general public, Chow said. He urged Hong Kong’s government to respond to demands for public nominations and to reform the legislature.

If we hear nothing from them, the students, the people will definitely upgrade the movement to another level, Chow said.

About 380 academics and other school staff have signed a petition supporting the students, saying they should not stand alone.

At the minimum, they (the strikers) can provide a wakeup call to tens of thousands of university and secondary school students in Hong Kong, said Dixon Sing, a political science professor at Hong Kong University of Science and Technology who helped start the signature campaign. The organizers are trying to inspire many other fellow classmates to be aware of and be devoted to the democratic movement, he said.

In Beijing, more than 60 Hong Kong tycoons, including Li Ka-shing, Asia’s richest person, met with President Xi Jinping. It’s only the second time such a big delegation has visited Beijing since the 1997 handover. In 2003, a similar entourage made the trip after a huge protest against unpopular legislation.

Hong Kong is a financial center, and if the main financial district is messed up, then Hong Kong will be ruined, billionaire property developer Lee Shau-kee told reporters after arriving in Beijing on Sunday night. 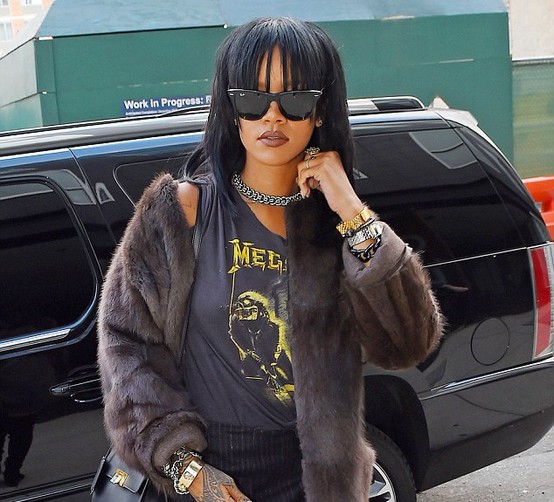 Celebrity Back with a bang: Rihanna rocks edgy new fringe as… 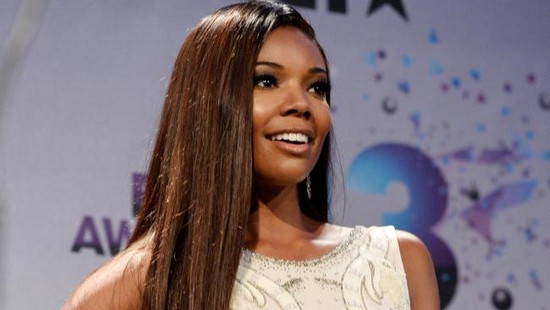