A former congressman and son of a prominent civil rights leader has been charged with spending campaign funds on personal expenses. 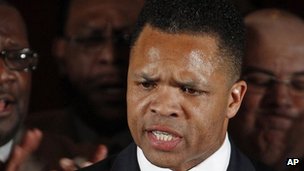 He and his wife Sandi Jackson, who is charged with tax fraud in the matter, intend to plead guilty, media report.

Mr Jackson, a 47-year-old Democrat, resigned in November after acknowledging he was being treated for bipolar disorder.

“I offer no excuses for my conduct and I fully accept my responsibility for the improper decisions and mistakes I have made,” Mr Jackson said in a statement.

Mr Jackson “unlawfully, wilfully and knowingly combined, conspired, confederated and agreed” to commit offences against the US, prosecutors wrote in court documents.

He is also accused of failing to report $28,500 in gifts and loans to the House of Representatives, where he has served since 1995.

Mr Jackson, son of Chicago civil rights leader the Rev Jesse Jackson, faces a maximum penalty of five years in prison; his wife faces up to three years, according to federal sentencing guidelines.

But Mrs Jackson’s lawyer said her plea deal “does not contemplate a sentence of that length”.

Other penalties against Mr Jackson could include a fine of up to $250,000, US media report. In addition, authorities may try to seize more than $60,000 in memorabilia and furs linked to the alleged fraud.

Mr Jackson has also been under investigation by the House ethics committee over his dealings with imprisoned ex-Illinois Governor Rod Blagojevich, who was convicted of trying to sell an appointment to President Barack Obama’s former US Senate seat and other corruption charges. 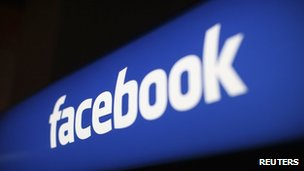