WASHINGTON (AP) — President Barack Obama pressed skeptical lawmakers to give him the authority to use U.S. military force against Syria during his overseas trip while the administration struggled to rally international support for intervention in an intractable civil war. 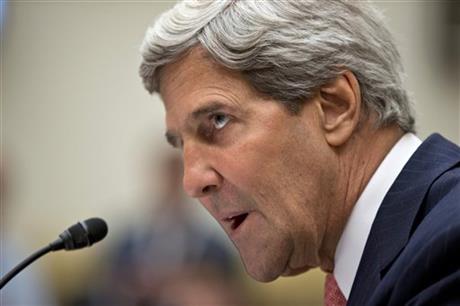 Ben Rhodes, Obama’s deputy national security adviser, told reporters on Thursday that Obama was making calls to members of Congress while he attends an economic summit in St. Petersburg, Russia. The president spoke to a bipartisan group of five lawmakers on Wednesday.

“He is going to be doing outreach on the Hill,” Rhodes said of the president’s lobbying during the two-day summit in Russia.

The Obama administration cleared one obstacle on Wednesday when a deeply divided Senate panel approved a resolution authorizing military force, but a significant number of senators remain unconvinced and opposition is growing in the House.

Two Republican senators announced on Thursday that they would vote against any military action. Sens. David Vitter of Louisiana and Mike Lee of Utah, members of the Armed Services Committee, expressed their opposition just 24 hours after participating in briefings with Defense Secretary Chuck Hagel and Gen. Martin Dempsey, chairman of the Joint Chiefs of Staff.

Lee said in a statement that the risks of the president’s plan outweigh the gains, while Vitter said he was concerned “that getting involved in Syria, after Iraq and Afghanistan, would make mustering our resolve to stop a nuclear Iran impossible.”

The administration continued its full-scale sales job on Thursday, holding another round of closed-door meetings for lawmakers about its intelligence on Syria.

Sen. Dianne Feinstein, D-Calif., chairwoman of the Senate Intelligence Committee, said officials showed a DVD on chemical weapons with “what pinpointed eyes mean, what the convulsions mean” when nerve agents affect people. She said all senators would receive a copy.

The administration has focused on influencing lawmakers who will vote, but public opinion polls show little desire for military intervention in Syria. Feinstein acknowledged the lack of popular support.

“It weighs on me,” she said. “There’s no question: What’s coming in is overwhelmingly negative.”

The information has been provided to members of Congress. The public has had no access, a point that Feinstein recognized.

“But you see, then they don’t know what I know. They haven’t heard what I’ve heard,” she said.

Days from a Senate vote, an Associated Press survey of senators found 34 supporting or leaning toward military action, 26 opposed or leaning against and 40 undecided.

Obama has called for military action after the administration blamed Assad for a chemical weapons attack on Aug. 21 that it says killed more than 1,400 civilians, including at least 400 children. Other casualty estimates are lower, and the Syrian government denies responsibility, contending rebels fighting to topple the government were to blame.

“This is not a choice between doing nothing and doing a military strike,” she said.

Collins appeared undecided but insisted there were other ways to pressure Syrian President Bashar Assad short of an American intervention. She said the Obama administration still hasn’t presented a clear strategy and that she had “many questions with the wisdom of the president’s request.”

Sen. Richard Burr, R-N.C., said it was up to the administration to present members with the necessary information. “I think if they do, everybody will agree,” he said.

But Sen. Ron Wyden, D-Ore., remained undecided. “What the effects of a military strike would be are not clear,” he said.

The Senate Foreign Relations Committee voted 10-7 Wednesday to authorize the “limited and specified use” of the U.S. armed forces against Syria, backing a resolution that restricts military action to 90 days and bars American ground troops from combat.

In an appearance on MSNBC, Blinken said he believes the American people will be more supportive of Obama’s request once they see the Syrian situation as a separate and distinct problem as opposed to viewing it “in the prism of the last decade” of wars in Iraq and Afghanistan.

He said that if the United States does not stand up to Assad and against the use of chemical weapons, some world figures will believe “it’s OK to use them with impunity.”

Secretary of State John Kerry, testifying for the second consecutive day before Congress, insisted that the U.S. military response would be restricted as Americans fatigued by more than a decade of war in Iraq and Afghanistan show little inclination to get involved in Syria.

“I don’t believe we’re going to war, I just don’t believe that,” Kerry told the House Foreign Affairs Committee, citing the ground troops and long-term commitment that he said wars entail. “That’s not what we’re doing here. The president is asking for permission to take a limited military action, yes, but one that does not put Americans in the middle of the battle.”

In the Senate, five Republicans, including potential presidential candidates Rand Paul and Marco Rubio, and two Democrats opposed the resolution, which is expected to reach the Senate floor next week. The timing of a vote is uncertain.

Paul, a Kentucky conservative with strong tea party ties, has threatened a filibuster, although he acknowledged that proponents have the votes to prevail in the Senate, and he pinned his hopes on the House.

The notion of a contained operation has failed to sway many Republicans and Democrats in the House, who question why the U.S. should get involved now in a Syrian civil war that has killed an estimated 100,000, displaced millions and is in its third year. While House Speaker John Boehner, R-Ohio, and Majority Leader Eric Cantor, R-Va., have expressed support for military action, but rank-and-file Republicans remain reluctant or outright opposed.

Kerry told the Foreign Affairs Committee that he believed Obama would address the nation on Syria in the next few days. The president returns home from overseas Friday night. 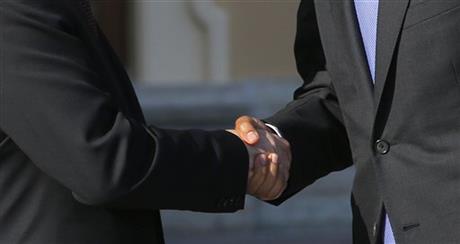 News Amid tensions, Obama, Putin put on a happy face 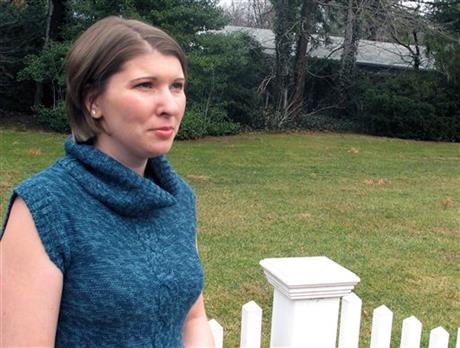