(Reuters) – President Barack Obama, seeking to boost support for military action against Syria, said on Monday that Russia’s offer to work with Damascus to put its chemical weapons under international control could be a big deal – if it is serious. 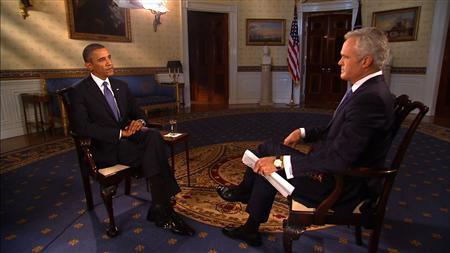 “This could potentially be a significant breakthrough,” Obama told NBC News in an interview. “But we have to be skeptical because this is not how we’ve seen them operate over the last couple of years.”

The president said he had explored the possibility of a proposal for Syria to cede control of its chemical weapons stockpile to international authorities with Russian President Vladimir Putin at a meeting last week in Russia.

If Syria did so, that would “absolutely” put any U.S. military strike on pause, Obama told ABC News.

Obama gave six television interviews Monday to press his case that Congress should grant him authority to take action against Syria in response to an alleged August 21 chemical weapons attack that killed more than 1,400 people.

With the American public strongly opposed to a military intervention, according to polls, the White House is making an all-out effort to win congressional support. It is holding briefings for lawmakers and dispatching senior officials to give speeches and television interviews.

The president plans to address the nation on television on Tuesday night and is due to speak to senators of both parties on Capitol Hill during the day.

Obama told CNN that any diplomatic effort to resolve the crisis must be serious and not just a bid to buy time.

“We don’t want just a stalling or delaying tactic to put off the pressure that we have on there right now,” he said. “We have to maintain this pressure, which is why I’ll still be speaking to the nation tomorrow about why I think this is so important.”

Senate Majority Leader Harry Reid abruptly backed off plans to schedule a test vote on Wednesday on a resolution to authorize military strikes against Syria.

Aides said the situation was fluid, particularly with Russia now trying to help find a way to avoid U.S. military force, but a vote was still likely later in the week.

Obama cautioned that a breakthrough on control of Syrian chemical weapons would not solve the country’s civil war, but resolving concerns about the weapons without having to resort to force would be welcome.

“If we can accomplish this limited goal without taking military action, that would be my preference,” he told CNN.

Obama said he has not made up his mind whether he will forge ahead with military action if Congress votes his proposal down.

“It’s fair to say that I haven’t decided,” he told NBC.

Still, the president faces an uphill struggle to win approval from lawmakers, and he acknowledged that he has doubts about how the vote will turn out.

“You know, I wouldn’t say I’m confident,” he said in the NBC interview. 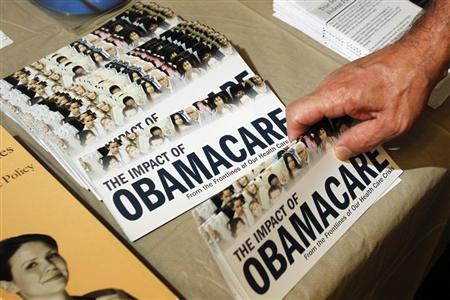 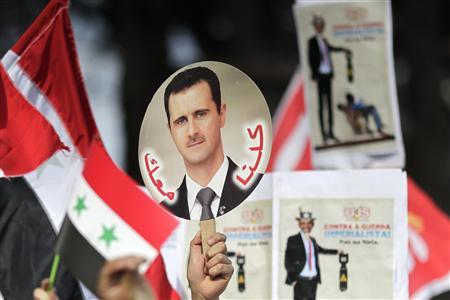