Mitt Romney won the Republican presidential nomination as a “turnaround man”, whose capacity to reinvent companies, and the 2002 Olympics, could be transferred to the nation and its troubled economy. 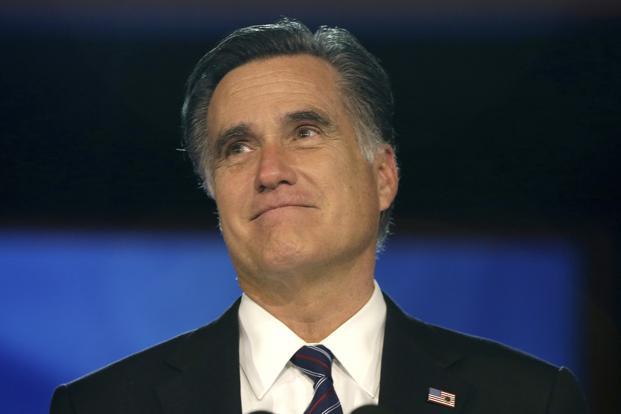 But from the outset of his general election campaign—burdened with the lowest favourability rating of any major party candidate since 1984—it was evident that his most challenging reinvention would have to be Mitt Romney.

And Tuesday night it failed. Willard Mitt Romney came up short, losing his second and likely last campaign for the presidency to President Barack Obama.

“Almost president” is a distinction sought by no politician.

But Romney can take some comfort in coming as close as he did, considering the odds that he faced.

While most candidates try to shape a “story” of humble beginnings and adversities overcome, Romney’s narrative was just the opposite.

The son of George Romney, a corporate chieftain, former governor of Michigan and candidate for president, Romney attended an exclusive private school in the suburbs of Detroit. His was a tale of “hijinx” not hardship, followed by degrees in business and law from Harvard.

While 2008 presidential candidate John McCain’s searing experience as a prisoner-of-war sustained him during his campaign, the best personal trial Romney could muster was his time as a Mormon missionary in France.

And his greatest asset—his record of transforming companies such as Staples turned out to be a liability as well, subject to a savage and relentless advertising attack first by his opponents in the Republican primary and then by the Obama campaign and its allies.

Unlike, Bill Clinton or Ronald Reagan, Romney was no “natural” on the campaign trail who could finesse shortcomings.

Indeed, his attempts to be a “regular guy” were stiff and awkward.

“The lesson of Reagan”, Lipton wrote, was that “there was always only one of him. Even with all his theatrical experience, he never essayed a dual role.”

Romney played multiple roles, with his campaign artlessly attempting to erase each one.

“Well, I think you hit a reset button for the fall campaign,” Romney campaign adviser Eric Fehrnstrom toldCNN in March. “Everything changes. It’s almost like an Etch-a-Sketch. You can kind of shake it up and restart all over again.”

He played the brutal primary season as “severely conservative” in order to win over his party’s dominant conservative base.

By the fall, he was “Moderate Mitt”, albeit rudely interrupted by a ghost in the form of a what had been a secretly recorded video as he spoke to wealthy donors, telling them that 47% of the country consider themselves “victims”, dependent on government and voting for Obama no matter what.

“My job is not to worry about those people,” Romney said.

Stuart Stevens, Romney’s top adviser, told Reuters in an interview the weekend before the election, that the candidate believed at every turn his message on the economy would overcome the missteps.

Stevens said that Romney was undaunted by the damage the tape could cause, telling staff the same thing he told voters, “that what he was trying to say came out wrong.”

“He was asked a political pundit’s question, and his answer didn’t come out the way he want it to,” Stevens said.

“There was always a confidence that a rough stretch would not define the campaign because there was a message that would drive it beyond inevitable rough patches.”

“Much of what the press thought was a problem for the campaign did not matter in the least to voters,” Stevens said. “Moments like the Etch-a-sketch were meaningless to voters.”

But they were fodder for professional Democrats, who used them to draw fresh blood.

Romney has “no core”, Obama senior strategist David Axelrod said. Romney is a flip-flopper, Obama charged, a creature of political expedience whose positions on social issues such as gay rights, abortion and gun control were unrecognizable from those he held as governor of Massachusetts.

But Romney had one turnaround left.

On 3 October, Romney and Obama faced off for their first debate at the University of Denver in Colorado.

For 90 minutes, the Republican appeared to have finally and successfully changed his political persona, coming across as a solutions-oriented champion of the middle class.

More than 75 million people watched as Obama, seeming disinterested or distracted, fumbled. Romney used the debate to halt his slide and surged back in the polls to force the president into a dead heat in the final weeks of the campaign.

Before the debate, Romney was viewed unfavourably by, perhaps fittingly, 47% of respondents.

Heading into the last week of the campaign, Romney had turned that number around, beating Obama in favourable ratings by a narrow margin and driving his unfavourable number down to 43.6%.

It seemed as if he was finally getting his message out, framing the election as a choice between big government and the economic liberty of the free enterprise system.

Romney took Obama to the wire, running down the last few days in a neck-and-neck, state-by-state sprint in an effort to complete his greatest turnaround and win the presidency.

But trouble lurked in the polls until the very end.

A Fox News survey days before the election showed that Romney, more than Obama, was seen as a candidate who would “say anything to get elected”.

By an even wider margin, Obama was seen as a “steadier” hand in the presidency.

And then came superstorm Sandy, which drowned out Romney’s message and gave his opponent a week of favourable and free television exposure.

For Obama strategists, it was the stuff of dreams; for Romney it had the makings of a nightmare.

In the end, Romney came up short, unable to repair or sell himself to swing voters who reelected Obama.

There will be no successful turnaround this time.

Not since the Republican party chose Richard Nixon in 1968 after his 1960 loss to John F. Kennedy has a major party given a loser a second chance.

But Nixon was 55 then. Romney, who will be 69 by the time of Election Day in 2016, is unlikely to run again, according to his wife Ann Romney.

And if he does, Republicans may not be so welcoming. A legacy of shifting opinions builds no movement and leaves none. There is no “Romney Revolution” waiting in the wings to great him, Reagan-like, in 2016. 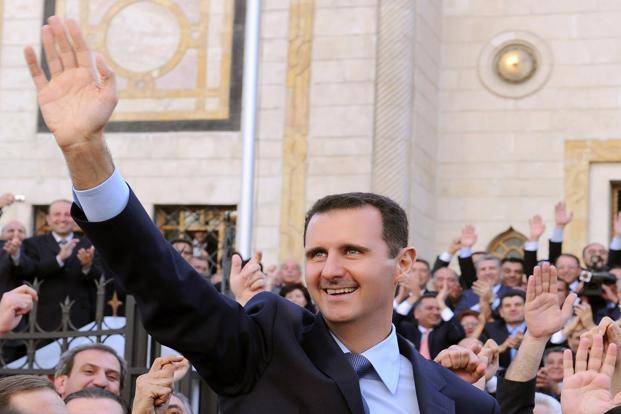 Asia Syrian President Says He Will Not Leave Country 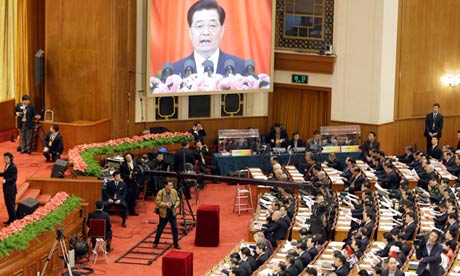