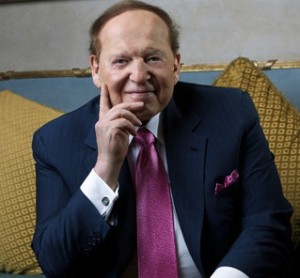 For the past two years, Sheldon Adelson, the billionaire head of the Las Vegas Sands casino empire and major Mitt Romney benefactor, has remained quiet about a lawsuit filed by his former CEO of Sands China, Steve Jacobs. After Jacobs submitted a court memorandum on June 28 linking the Sands and Adelson to a strategy that promotes prostitution on his casino floors, Adelson is now ready to talk. “It’s so outrageous,” Adelson told me during a phone interview. “[Jacobs] would make a good fiction writer.”

In 2010, Sands fired Steve Jacobs, then the CEO of it’s Sands China subsidiary, for what Adelson described as breaking company policy and pursuing unauthorized deals. Jacobs later retaliated, suing Sands for breach of contract and alleging he was let go after refusing orders from Adelson to break the law. He has since accused the Sands of promoting prostitution, working with mafia figures, bullying banks and potentially violating the  Foreign Corrupt Practices Act by putting a government official on its payroll. Jacobs is reportedly seeking roughly $100 million in damages.

The suit has also led to an ongoing SEC investigation. Neither Sands or Adelson have been charged–and Adelson promises he never will be charged: “There isn’t a shred of evidence. I’ll bet anyone a thousand to one that there will be no fire under the smoke that he’s blowing. If someone wants to put up a million they can hope to win one billion–but that won’t happen because there isn’t a breach of FCPA. Not even a hint.”

Jacobs, in his latest filing, claims the Sands is withholding thousands of documents from the court, including emails that outline a formal strategy to promote prostitution (legal in Macao) and loan sharks in it’s Macao casinos. In the document Jacobs says:

E-mail and documents missing from the Defendants production demonstrate LVSC’s Executive Management’s control and direction from Las Vegas over acts of prostitution on Sands China’s properties. As background, shortly after my arrival to Macau in May 2009, I launched “Operation Clean Sweep,” designed to rid the casino floor of loan sharks and prostitution. This project was met with concern as LVSC Senior Executives informed me that the prior prostitution strategy has been personally approved by Adelson.”

Adelson says Jacobs is using court documents to publicly embarrass and vilify both him and the Sands. “He’s very cunning and [he] has decided to exploit the law concerning libel and defamation to cloak himself. He’s abusing the court and the court system to protect himself while he sues us for a hundred or two hundred million dollars that he obviously doesn’t deserve”

It was the latest accusation of prostitution that provoked Adelson to break his silence and fire back against Jacob’s allegations. Adelson says the fact that he and his wife Miriam (a physician who specializes in treating addiction) have given millions of dollars to set up clinics around the world to treat people with drug addictions (many of them prostitutes) makes the Jacob’s claims even more preposterous.

“I want to tell you how ridiculous that [accusation] is. There’s a clinic known as the Adelson Clinic that treats prostitutes and drug addicts. We take prostitutes off the street. We have one clinic that we started almost 21 years ago in Tel Aviv and we have about are 350 patients there. We have another Clinic in Las Vegas with almost 200 patients. My wife is there today signing up another 100 people… And even in Macao we set up a clinic to treat prostitutes and drug addict. It’s not called the Adelson Clinic but we taught the health department to do this.”

“I don’t believe in prostitution. I feel sorry for the girls that do it. … How can I have a document that encourages prostitution? What do I say, go prostitute and then come into the clinic? … What’s his next illusionist performance? Where will that take him? Maybe he thinks I’m responsible for the recession or the Great Depression—I was born during that. Was at Watergate, did I shoot Kennedy, what else is he going to say–I started a world war?”

Besides being morally opposed to prostitution, Adelson said crafting such a scheme would simply be bad for business. If caught, he would lose his gaming licenses in Las Vegas, Singapore and Macao–licenses that have given his gaming empire a $35 billion market valuation and have earned Adelson a net worth of roughly $25 billion. “Would I jeopardize being the 7th richest man in the US and the 14th or 15th richest person in the world to push prostitution? For what? I’m already the most profitable company in consumer services ever. What do I have to win?”

According to Adelson, the Jacobs’s suit and SEC investigation have shed  $8 billion off LVS shares. Despite the attack on his wallet and reputation, Adelson say’s he’ll never settle the case out of court.

“I’m going through right to the end. It’s the only way I can prove unquestionably that everything he said was wrong. If I settle the case then people would say, ‘he settled because there was evidence that would come out to show he truly was a criminal and truly had a prostitution strategy.’ … When the time comes I’ll extract what’s due.” 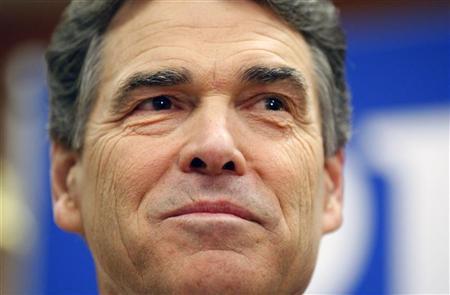