Top Iran diplomat in hospital over US ‘misquote’

TEHRAN, Iran (AP) — Iran’s foreign minister fired back on Wednesday against hard-line critics of Tehran’s groundbreaking outreach to the United States, accusing opponents of using fabricated news leaks and other tactics in attempts to undermine the effort. 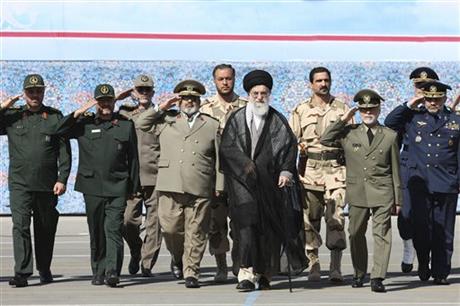 In this picture released by an official website of the office of the Iranian supreme leader, Supreme Leader Ayatollah Ali Khamenei, center, attends a graduation ceremony of army cadets accompanied by top military commanders, in Tehran, Iran, Saturday, Oct. 5, 2013. Iran’s top leader hinted Saturday that he disapproved of the phone call between Presidents Hassan Rouhani and Barack Obama during the Iranian leader’s trip to New York last month, but he reiterated his crucial support for the president’s policy of outreach to the West. (AP Photo/Office of the Iranian Supreme Leader)

Mohammad Javad Zarif said the political battles had become so tense that it brought on back pain and spasms. He said on his Facebook page that he cancelled appointments and went to hospital for a check-up late Tuesday.

The source of his distress: An article in a hard-line newspaper that Zarif said misquoted him on the subject of the new Iranian administration’s outreach to the U.S.

The image of the U.S.-educated Zarif forced to seek medical attention because of stress underscored the high-level tensions inside Iran’s leadership after the historic exchanges last month at the United Nations, including President Barrack Obama’s phone conversation with his Iranian counterpart, Hassan Rouhani.

Iranian hard-liners, including commanders in the powerful Revolutionary Guard, have said Rouhani went too far in reaching out to Washington. The Guard chief commander, Gen. Mohammad Ali Jafari, had praised Rouhani but called the phone call a “tactical mistake.”

Foreign Minister Zarif claimed the hard-line newspaper Kayhan misquoted him Tuesday — publishing what was allegedly a confidential exchange — as criticizing some aspects of Rouhani’s policies, calling it a “bitter day.”

Zarif vowed not to hold any further confidential assessments and said all his remarks would be for public scrutiny.

But Rouhani’s overtures to the U.S. still appear to have solid backing from Iran’s top decision-maker, Ayatollah Ali Khamenei. As long as Khamenei keeps his support, the backlash from critics cannot seriously reverse the policies.

Rouhani’s short-term goal is seeking to ease Western sanctions as part of negotiations over Iran’s nuclear program. Talks with the U.S. and other world powers are scheduled to resume in Geneva next week, but Iran has not yet given details on what new proposals it would bring.

The West and its allies fear Iran’s ability to make nuclear fuel will eventually lead to weapons-grade material. Iran repeatedly denies it seeks nuclear weapons and says its atomic program is only for energy and medical applications.

Zarif claimed Kayhan misquoted him as saying Rouhani’s 15-minute telephone conversation with President Barack Obama was “inappropriate.” It also quoted Zarif as saying he believed it was wrong to hold a lengthy face-to-face meeting in New York with Secretary of State John Kerry.

“I got pain in the back and foot after seeing the newspaper’s headline this morning. I could not even walk or sit … I left the foreign ministry in the afternoon for hospital. (A medical examination) showed it was due to being nervous and the muscular spasms and would be treated by physical exercise,” Zarif said in his Facebook page.

The editors and management at the paper were not immediately available for comment. But in a front-page story Wednesday, Kayhan defended its account and said Zarif’s acknowledgement “brought down the line of compromise” with the U.S.

Khamenei has previously said he’s not opposed to direct talks with the U.S. to resolve Iran’s nuclear standoff with the West but is not optimistic. He called the U.S. last week “untrustworthy.”

Top Iran diplomat in hospital over US ‘misquote’ 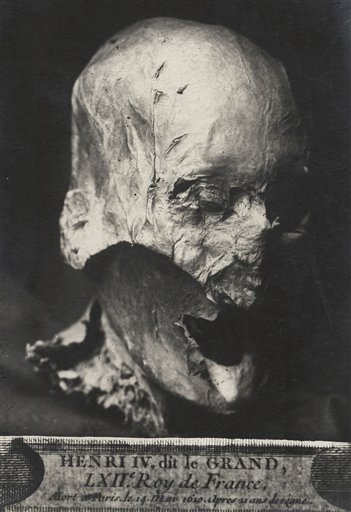 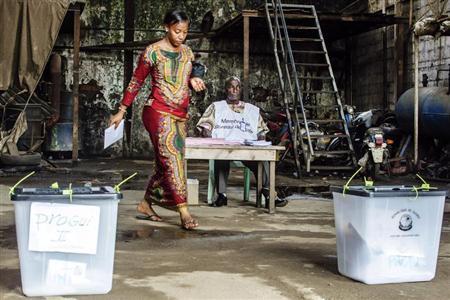