CAIRO (AP) — The leader of the Yemen-based al-Qaida offshoot vowed in a message posted Monday to free fellow militants from prisons and urged jailed fighters to remain faithful to the terror group’s ideology.

The note by Nasser al-Wahishi, a onetime aide to Osama bin Laden, came after last week’s closure of 19 U.S. diplomatic missions in the Middle East and Africa. The shutdowns were triggered by the interception of a secret message between al-Qaida chief Ayman al-Zawahri and al-Wahishi about plans for a major attack.

The message also followed an announcement by Yemeni authorities that they had discovered an al-Qaida plot to target foreign embassies in the Yemeni capital, Sanaa, and international shipping in the Red Sea.

In the note, al-Wahishi rallied al-Qaida prisoners not “to be lured by their jailers” and false promises of a “lush life if they abandon jihad,” or holy war.

He addressed his message to “prisoners who are in the jails of the oppressors because of their religion” and tells them to “rejoice … as your brothers are pounding the walls of injustice and demolishing the thrones of oppression.”

Al-Wahishi also said “victory is imminent” to ensure their freedom, adding: “We have not forgotten you and will never forget you.”

The note did not name the prisons from which al-Qaida fighters would be freed or give any details of the purported plans. The authenticity of the message could not be independently verified but it was posted on a website commonly used by the militants.

In Iraq, the local al-Qaida affiliate known as the Islamic State of Iraq and the Levant claimed responsibility for last month’s audacious raids on two high-security prisons on the outskirts of Baghdad that killed dozens and set free hundreds of inmates, including some senior members of the group.

And in the eastern Libyan city of Benghazi, more than 1,000 inmates escaped in a prison break on July 27. The prisoners started a riot after security forces opened fire on three detainees who tried to escape. Gunmen from outside arrived and fired at the guards to help the inmates escape.

Al-Wahishi, himself a former prisoner, fled from a detention facility in Sanaa with more than 20 al-Qaida militants in February 2006.

The U.S. considers Yemen’s al-Qaida branch, also known as al-Qaida in the Arabian Peninsula, to be the world’s most active.

The U.S. has sharply escalated its drone war in Yemen, with military officials in the Arabian Peninsula country reporting at least 34 suspected al-Qaida militants killed in less than two weeks, including three strikes last Thursday in which a dozen died.

Also last week, Yemeni authorities said a group of al-Qaida militants entered Sanaa and other cities to carry attacks and issued a list of 25 al-Qaida wanted militants. The Yemeni statement said security forces will pay $23,000 to anyone who comes forward with information that leads to the arrests of any of the wanted men. 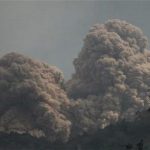 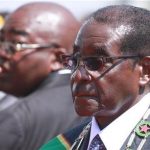 Zimbabwe’s president: No going back on poll result 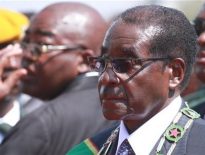 Africa Zimbabwe’s president: No going back on poll … 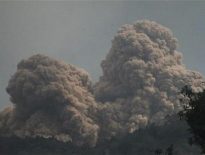