The African Cup of Nations kicks off Saturday with two games in Equatorial Guinea but no clear favorite. There’s a reason for that: of the past nine champions, eight failed to qualify for this year’s tournament. 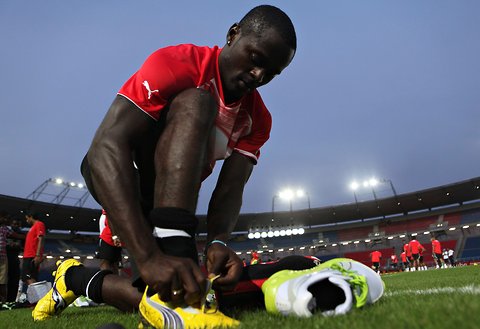 Kily Alvarez and Equatorial Guinea will host Libya on Saturday in Bata in the opening game of the African Cup of Nations. Ivory Coast, Ghana and Senegal are the leading contenders to win the 16-team tournament, which concludes with the final in Libreville, Gabon, on Feb. 12.

The reasons why were alternately sad and laughable. As Jonathan Wilsonsummed up on SI.com:

There’s no Egypt, derailed by the uprising against Hosni Mubarak; there’s no South Africa, eliminated by its own stupidity; and there’s no Cameroon or Nigeria, eventually worn down by years of confused and chaotic administration.

South Africa, which played for a draw in its final game when it needed a win to qualify, having failed to understand the criteria for qualification, takes the prize for incompetence, but this Gotterdammerung has been coming for some time. For all the top players leaving Africa, and particularly West Africa, for Europe, the national game has been held back by inept and often corrupt leadership.

This is the result. The question is whether those who have risen to replace the traditional giants are any better.

What has that left? Space for others to run into. Senegal, which has never won the tournament, sees an opportunity behind a potent attack led by Moussa Sow, Papiss Cisse and Demba Ba. Tunisia sees a chance to climb out of the shadow of its more successful north African neighbors Egypt and Algeria, while Ghana, a four-time champion, sees a chance to reclaim its place atop the continent’s soccer hierarchy behind the Ayew brothers.

But all of them see one team they’ll have to beat to lift the trophy: Ivory Coast.

Ivory Coast boasts players any manager would love to field. Didier Drogba. Salomon Kalou. The Touré brothers, Yaya and Kolo, who star for Manchester City. Arsenal striker Gervinho, and Newcastle’s midfield rock, Chieck Tioté. With that star-studded lineup, Ivory Coast would be capable of making a run in a tournament like the Europa League, but success has not always trailed praise for the country’s players.

Now, the Elephants may be facing their last chance to etch their name on a major trophy. Brutal draws in the past two World Cups and collapses in the knockout stages of the past three African Cups have left the country’s so-called golden generation aching to prove they can follow through. To hear the players tell it, they’ve had about enough of near-misses.

“We hope this year will be our year,” Yaya Touré told reporters. “It’s always difficult. We fell three times. It is so difficult. We have all the players playing in Europe. We know Africa is different, the weather, the fields.

“We have to fire. Quality is not enough to win the African Cup of Nations.”

Ivory Coast’s government is going all in as well. Via Gary Al-Smith at The Footy Blog:

The Ivory Coast government has given $10 million to the team for preparation for the tournament. It’s the highest amount ever earmarked by any country for the competition, and it signals their intent. As if that wasn’t enough pressure, every Ivorian government minister – and there are 36 of them – donated $6000 of their salaries to the effort. They want it that badly? Yes.

Said Kolo Touré: “I’m 30 years old and most of the team are 30. For us, we just need to now win this tournament. That is the only thing missing in our record. We have been in the World Cup twice. We know winning World Cup is difficult. If we don’t win (the African Cup), it will bad thing for us.”

It’s been 20 years since Ivory Coast won the tournament, but Ghana’s drought is 30 years. If either favorite falters, it could leave an opening for an outsider. Teams like Botswana and Niger, and Mali and Libya, which had a revolution of its own last year but had the good sense not to let it interfere with its qualification.

“You just have to fight for your flag, for your colors,” said Zambia’s coach, Herve Renard, although it’s unclear what colors he’ll be fighting for, since he’s a Frenchman, not a Zambian. 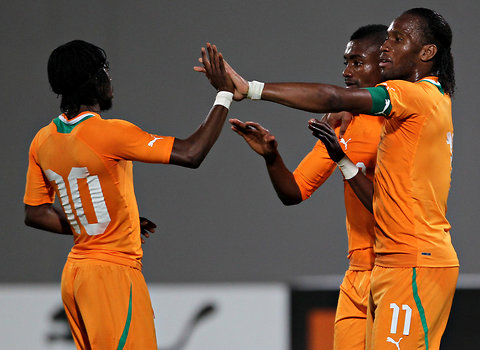 All those teams, however, like the Big Four that didn’t even make the trip, will most likely be watching when the tournament reaches its final stages. But they won’t be the only ones.

Across Europe, from Newcastle to Marseille, from Porto to Istanbul, there will be players and coaches and trainers and owners all glued to the results from West Africa. They will be united in their support of one thing: they just want it all to be over.

They want their stars back, sooner rather than later, safe and — most important — sound.

Football Africa Cup of Nations 2012: One to watch – A…
News Serena Williams and Petra Kvitova advance to Austr…
Wildcard SSL