(Reuters) – Top-seeded Serbian Novak Djokovic beat Frenchman Jo-Wilfried Tsonga 7-6 6-2 on Sunday to win his third China Open tennis title in Beijing then celebrated by dancing with the ball boys and girls on court.

World number two Djokovic dug deep in the first set after an early trade of breaks to win a close tie-breaker and then broke the third-seeded Tsonga twice in the second set.

After receiving his trophy, Djokovic delighted the crowd by joining the ball girls and boys in doing the “horse dance” made popular by Billboard chart-topping South Korean rapper Psy in his “Gangnam Style” hit.

Sunday’s victory gave Djokovic, who also won the China Open in 2009 and 2010, his fourth title of the year.

“I think the first set was really even and maybe a couple of points decided the winner there,” Djokovic told reporters.

“We both had our chances aside from those breaks that we converted… I managed to hold my nerve in the end.

“I made that early break in the second (and) I felt much more comfortable on the court.”

The Australian Open champion will remain in the hunt to take back the world number one ranking from Roger Federer at the end of the year.

“That’s the target,” Djokovic said. “This will definitely help me in that race but it’s still quite open. There are still tournaments to come, big ones.”

Tsonga said he needed to raise his game to beat top players such as Djokovic after his sixth straight loss to the Serbian.

“I think it was a good match,” Tsonga said. “I missed maybe something in the middle of the first set. I was a break up and I was playing well but then he played solid. It was really difficult to control him.

“I just tried to play my game, to be aggressive, but against a player like this, for the moment, my level is not high enough and it’s not enough to beat him.”

It was the seventh title of the year for the American pair.

(Writing by Sudipto Ganguly in Mumbai; Editing by Clare Fallon and Pritha Sarkar) 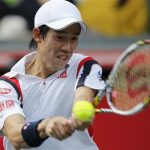 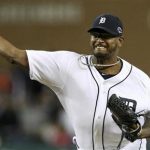 How Madonna is speaking out about the Gaza conflict 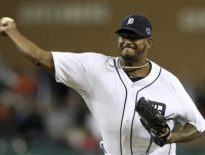 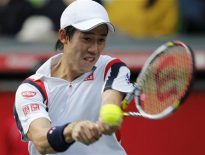