GDANSK (Reuters) – Cristiano Ronaldo stooped to conquer the Czech Republic and send Portugal deservedly into the semi-finals of the European Championship on Thursday as the tournament re-started after a temporary lull in proceedings.

The world’s most expensive player produced a classic diving header with little more than 10 minutes remaining in Warsaw to break the deadlock, notching his third goal of the competition.

Portugal spent most of the game on the attack against an unambitious Czech side with Ronaldo striking the woodwork either side of halftime before sealing victory and a meeting with either neighbours Spain or France in the semi-finals.

The start of the business end of the tournament was a welcome tonic for the championship after the fall-out from the exit of co-hosts Poland and Ukraine in the group stages.

German fans were massing on Poland’s Baltic coast in Gdansk ahead of Friday’s quarter-final against Greece while holders Spain face France on Saturday in Donetsk before Sunday’s final last-eight tie between England and Italy in Kiev.

Ronaldo’s performances in Portugal’s opening two games, a defeat by Germany and a narrow win over Denmark, were disappointing for a player who scored 46 league goals for Real Madrid last season.

However, he woke up to score twice against the Netherlands to secure a quarter-final spot for his team and produced an inspirational display against the Czechs, culminating in his sweet connection with Joao Moutinho’s cross.

“It was a fantastic game for Portugal,” Ronaldo said.

“In the first 20 minutes we weren’t that good but then we improved a lot. We had a lot of opportunities. The Czechs didn’t have any – that’s a great game.

“I think the chances (of reaching the final) are 50-50 and we just have to believe in it.”

While Ronaldo took centre stage on Thursday, Germany will get the chance to underline their title credentials on Friday against Greece in a match seen as a symbol of the ongoing economic crisis in the eurozone.

German Chancellor Angela Merkel will be attending having boycotted her nation’s three group games in Ukraine over the jailing of former prime minister Yulia Tymoshenko.

Greece may be underdogs, but Germany coach Joachim Loew said the 2004 champions will be a tough nut to crack.

“It will be a tight game because the Greeks are not easy to break apart. They have their own style of play. It is in their blood, a tight defence and strong counter-attacks,” Loew told reporters before taking training at a sodden Gdansk Stadium.

“We keep writing them off but they are always there. They are… survival artists.”

France survived defeat by Sweden to make the last eight and attempted to play down quarrels ahead of their meeting against Spain on Saturday.

Assistant coach Alain Boghossian, a 1998 World Cup winner who was on the staff at the 2010 World Cup when off-pitch dramas led to an embarrassing first-round exit, revealed that strong words were exchanged after Tuesday’s 2-0 Group D loss.

But he said it was nothing compared to the fiasco at the 2010 World Cup, when the players went on strike in support of forward Nicolas Anelka, who had been kicked out of the squad for insulting then coach Raymond Domenech.

“There were quarrels, well, let’s say exchanges, but it’s normal in a dressing room,” Boghossian said.

The fourth quarter-final is between Italy and England on Sunday, with optimism gradually rising for both teams after low pre-tournament expectations.

With Portugal through and three more mouthwatering quarter-finals to come, organisers will be hoping the Euro 2012 party can get started again.

There are fears that with both co-hosts out, enthusiasm is waning in some of the cities where fan zones were half empty.

Officials say 30,000 visited Warsaw’s fan zone before and during the final game of the group stages on Tuesday, down from 170,000 for Poland’s loss to the Czech Republic on Saturday.

In Gdansk on Wednesday, organisers were forced to hand out free tickets for a concert by British rock giant Noel Gallagher.

Warsaw’s famous artificial palm tree was also wilting after its creator removed its leaves to protest against what she believes is the city’s disregard for social needs amid a huge amount of spending on Euro 2012.

In Kiev even the latest psychic animal, a must-have for any self-respecting football tournament, was having an off day as Funtik the pig was disturbed during his prediction session for Thursday’s match by a topless protest from Ukraine women’s rights group Femen.

Funtik – just like Ronaldo – got his act together and when presented with two bowls of food ate first from the one marked with Portuguese colours. 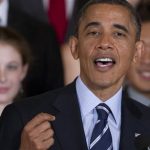 Obama to address Latino leaders a day after Romney 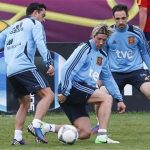 Wave of bombs across Baghdad kills 55

Chinese capitalism is just another knockoff

Analysis: Champion All Blacks tell rest of world “catch up” 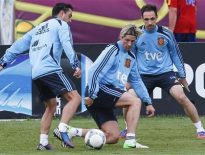 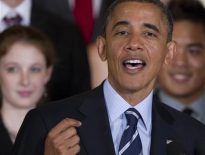 News Obama to address Latino leaders a day after Romney…