(Reuters) – Private cloud storage company Dropbox Inc plans to name Google Inc GOOG.O executive Dennis Woodside, CEO of Motorola Mobility, as its first Chief Operating Officer. Jonathan Rosenberg, the former head of product management at Google, will be appointed as the Chief Operating Officer of Motorola Mobility with responsibility for day-to-day management, according to two sources familiar with the matter. Nikesh Arora, Google’s Chief Business Officer, will remain Executive Chairman of the Motorola Operating Board, overseeing strategy, the sources said. Dropbox and Google declined to comment. Lenovo, which bought Motorola Mobility for $2.9 billion in January, said they were aware of Woodside’s appointment, which was earlier reported by the Wall Street Journal. We are aware of this change, but we are absolutely committed to this acquisition, and remain completely confident in the Google and Motorola leadership team, a Lenovo spokesman said in an email to Reuters. The deal is awaiting regulatory approvals, including from the Committee on Foreign Investments in the United States to ensure it does not threaten national security. (Full Story) Dropbox, the 6-year-old Silicon Valley startup many expect to go public sometime this year, is taking advantage of flush investors and skyrocketing valuations for fledgling tech companies. Dropbox secured $250 million from a fund managed by BlackRock Inc BLK.N and other investors last month in a new funding round that valued the company at almost $10 billion. (Full Story) 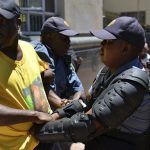 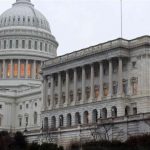 Bill Murray as FDR? Yup, and the critics like it

Motorola Mobility CEO to join Dropbox ahead of Lenovo deal 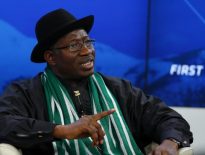 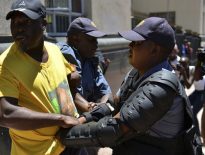