(Reuters) – Seeking to avoid a repeat of FacebookInc’s much-maligned public debut, Twitter Inc revealed more modest ambitions, saying its initial offering would raise up to $1.6 billion and value the company at up to about $11 billion.

The valuation was more conservative than the $15 billion some analysts had expected for the social media phenomenon, potentially attracting investors who might consider the money-losing company’s listing price a better deal, with room to rise.

Twitter had signaled for weeks it would price its IPO modestly to avoid the sort of stock plummet that spoiled Facebook’s coming-out party. It said on Thursday it intends to sell 70 million shares between $17 and $20 apiece, raking in up to $1.4 billion for the company.

If underwriters choose to sell an additional allotment of 10.5 million shares, the offer could raise as much as $1.6 billion.

Twitter’s offering will be the most high-profile Internet IPO since Facebook’s May 2012 debut, when the social network giant’s shares fell below their offering price and did not recover until a year later. Still, the modest pricing doesn’t obscure questions about Twitter’s profitability.

“The fact that the valuation is lower than expectations, I think was smart by the underwriters. I think it will help the pop,” said Michael Yoshikami of Destinational Weath Management.

“But in the end, even for $11 billion, the question is can they come up withearnings to substantiate that number? And it’s unclear that they’re going to be able to do that.”

At a roughly $11 billion valuation, Twitter would be worth more than Yelp Inc and AOL Inc combined, but only a fraction of tech giants like Google Inc and Apple Inc, worth $342 billion and $483 billion respectively. Facebook’s market value is now $128 billion.

Twitter and its underwriters begin a two-week road show to woo investors next Monday in New York, with stops in Boston and the mid-Atlantic region before touching down in Chicago, San Francisco, Los Angeles and Denver, according to a source familiar with the offering.

“They’re trying to price this for a very strong IPO, ideally creating the conditions for a solid after-market,” said Pivotal Research Group’s Brian Wieser, who valued the company at $19 billion.

The company could choose to raise the price of the offering during that period as it gauges interest. Twitter is expected to set a final price on November 6, according to a document reviewed by Reuters, suggesting that the stock could begin trading as early as November 7.

Sam Hamadeh of PrivCo, a private company research firm, said Twitter could raise the price range and also the amount of shares being sold. But, he added: “Raising both the price and the size was Facebook’s fatal mistake.”

Twitter’s debut will cap seven years of explosive growth for an online messaging service that counts heads of state and major celebrities among its 230 million active users – but still operates at a loss.

Twitter will sell roughly 13 percent of the company in the IPO and will have 544,696,816 shares outstanding after the offering. That figure could rise given the exercising of options, restricted stock units and the issuance of shares for compensation after the IPO.

The company plans to list its stock under the “TWTR” symbol on the New York Stock Exchange.

Among the biggest Twitter shareholders selling in the offering is Rizvi Traverse, a fund managed by secretive Connecticut-based investor Suhail Rizvi, who has quietly amassed a 17.9 percent stake in Twitter with the help of Silicon Valley investor Chris Sacca.

Rizvi’s stake will fall to 15.6 percent of total shares outstanding after the sale. JP Morgan Chase, which obtained Twitter shares through Rizvi and Sacca, will see its stake fall to 9 percent from 10.3 percent.

Twitter co-founder Evan Williams, the largest individual shareholder, will reduce his stake to 10.4 percent from 12 percent, while Chief Executive Dick Costolo will emerge with a 1.4 percent stake, compared with 1.6 percent currently.

Because many early shareholders, including Williams, previously sold parts of their stake to other investors like Rizvi, Twitter’s relatively fractured ownership structure looks markedly different from the likes of Facebook and other tech companies dominated by their founders.

When Facebook went public last year, founder and chief executive Mark Zuckerberg kept 57 percent of the company’s voting shares, thanks to a scheme that gave him twice the voting power of ordinary shareholders.

Following Twitter’s IPO, Costolo will be under pressure to improve its money-making ability. The eight-year-old company more than doubled its third-quarter revenue to $168.6 million, but net losses widened to $64.6 million in the September quarter, it disclosed in a filing earlier this month.

In recent months the company has aggressively introduced a number of new advertising products, including packages with broadcasters CBS and ESPN that show ads on TV and Twitter simultaneously for the fall TV season.

Twitter has also sought to deepen its relationships with news organizations, which provide much of the content shared on the network. The company said Thursday that it hired NBC News digital executive Vivian Schiller as the head of news. 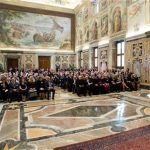 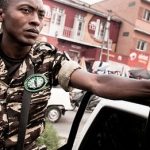 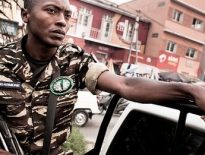 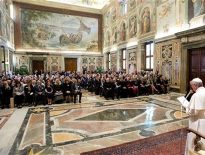 Europe Vatican’s US donors get access for a $500 pi…