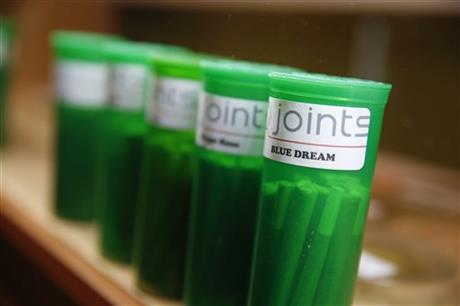 FILE – In this Dec. 6, 2013, file photo, different strains of marijuana are displayed for sale at The Clinic, a Denver-based dispensary with several outlets, in Denver. With legal sales of marijuana in Colorado just two weeks away, a new Associated Press-GfK poll finds public opposition to legalization declining. Just 29 percent of Americans say they oppose legalization of small amounts of marijuana for personal use, down from 55 percent in a 2010 AP-CNBC poll. And fewer now see negative impacts on the use of more serious drugs or the economy from the legalization of pot for personal use. The share in favor of legalization was about the same, while more reported feeling neutral on the question. (AP Photo/Brennan Linsley, File)

Just 29 percent of Americans say they oppose legalization of small amounts of marijuana for personal use, down from 55 percent in a 2010 AP-CNBC poll. And fewer say legalization would lead to increased use of more serious drugs or harm the economy. The share in favor of legalization was about the same as in 2010, while more reported feeling neutral on the question.

The new survey was conducted online, while the 2010 poll was by phone. Pollsters typically see an increase in “neutral” responses in surveys conducted online compared with those conducted by phone, partly because respondents feel they can be more candid about their opinions — or lack of them — when filling out a questionnaire on their own rather than talking to another person. Respondents in both cases were offered the option of saying they “neither favor nor oppose” legal marijuana.

Public opinion has been gradually softening on legalization since the height of the “Just Say No” anti-drug campaign of the 1980s. According to the General Social Survey, a survey of American public opinion conducted by NORC at the University of Chicago, opposition to legal marijuana peaked in 1990 at 84 percent, and in 2012, ahead of the referendums that made the sale of the drug legal in both Colorado and Washington state, the nation was closely divided on the question: 47 percent thought it should be legal, 53 percent not. Since the referendums in Colorado and Washington passed, polls by the Pew Research Center and Gallup have found majority support for legal marijuana.

In the new AP-GfK poll, 37 percent said legalizing marijuana for personal use would actually improve the economy, a slight increase from 32 percent who felt that way in 2010. Fewer thought it would cause harm to the economy, 16 percent compared with 21 percent in 2010.

The public is now less apt to feel that legal marijuana would serve as a gateway to stronger drugs. In the new poll, Americans were more likely to see it as a deterrent to stronger drugs than three years ago: 17 percent thought it would disincline people from using more serious drugs, compared with 10 percent in 2010. About a third said it would lead people to try more serious drugs, down from 39 percent in 2010.

But legalization may not mean an influx of people heading down to their local dispensary. Just 1 in 5 Americans said they would use marijuana if the sale and possession of small amounts for personal use were legal. Eight in 10 said they wouldn’t. More apt to use it: men, city dwellers, those under age 65, liberals and Democrats.

The AP-GfK Poll was conducted Dec. 5-9 and involved online interviews with 1,367 adults. The survey has a margin of sampling error of plus or minus 3.5 percentage points for all respondents.

The survey was conducted using KnowledgePanel, a probability-based Internet panel designed to be representative of the U.S. population. Respondents to the survey were first selected randomly using phone or mail survey methods and were later interviewed online. People selected for KnowledgePanel who didn’t otherwise have access to the Internet were provided with the ability to access the Internet at no cost to them.

EDITOR’S NOTE _ Digits is Associated Press Director of Polling Jennifer Agiesta’s take on the numbers that reflect our world and the survey research techniques used to find them. 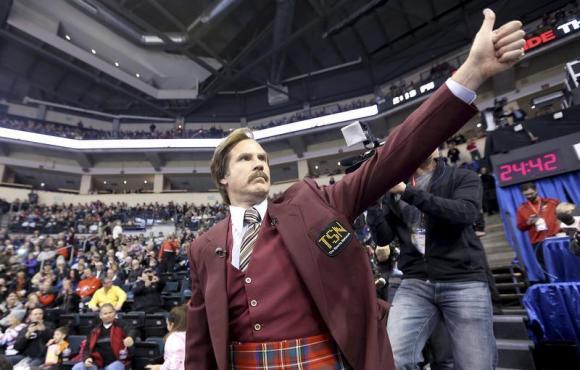 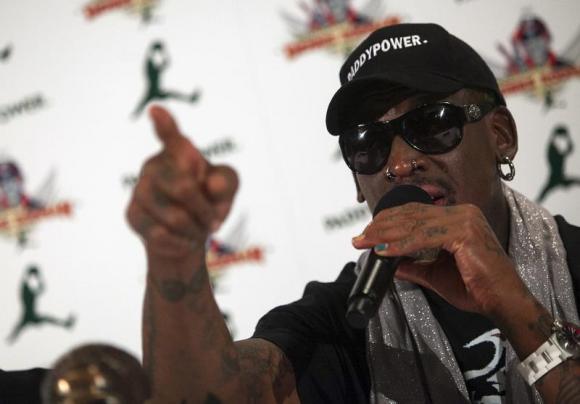