The longest home run ever hit in a baseball game is a marvel to every hitter who stepped in the batter’s box, hoping they could duplicate the same feat.

Everyone loves to watch a long ball in baseball. It’s one of the most exciting plays in sports. Looking at the longest home runs ever hit in a baseball game, it might surprise you how far they flew.

It’s best to start our list of longest home runs with verified mathematical data. Thanks to Statcast, we have data that can pinpoint the length of any dinger in the game. Since Statcast came about in 2015, only three home runs surpassed 500 feet.

The first was in 2016 by Giancarlo Stanton when he was in the Marlins. His bomb through the thin air off Coors Field went 504 feet and had a 115.8 exit velocity. Six years later, C.J. Cron of the Rockies tied Stanton’s mark in Coors field with a 504-foot bomb himself for the home team.

The farthest home run on record is Nomar Mazara’s 505-foot tater off the Reynaldo Lopez of the Chicago White Sox. Unfortunately, Mazara’s power bat didn’t last long, considering he only hit one home run the following year when he became a member of the White Sox.

In an era before Statcast, the measurements weren’t as accurate, but they were better than the random guesses of the years past. Adam Dunn’s 535-foot home run in 2004 ranks up with baseball’s majestic shots.

Another Adam Dunn three-outcome (walk, strikeout, or home run) was the Hall of Famer Jim Thome. One of his 612 career home runs soared 511 feet at Progressive Field.

One last 500-foot home run from recent times is when Mo Vaughn peppered the Shea Stadium scoreboard against the New York Mets. In a season where he hit under .200, he at least had a win to hang his hat on.

Before we jump into baseball lore about the longest home runs, let’s show appreciation to some game legends in the ‘60s and ‘70s. Dave Kingman was the prototypical “all or nothing” type of hitter. He bounced around the league but is mostly known for his great years with the Chicago Cubs. As a visitor with the Mets in 1976, Kingman put the friendly confines on notice with a 530-foot home run, hitting a house on Waveland Avenue.

Willie Stargell was a hall-of-fame slugger for the Pirates, who also had a prodigious 535-foot bomb of his own. The Baseball Hall of Fame itself accredited Stargell’s homer and measurement.

The two longest home runs are from two Yankees that have their number in Monument Park. The first is Mickey Mantle’s 565-foot home run in 1953.

The longest home run acknowledged by MLB is a home run by Babe Ruth that went an estimated 575 feet in 1921. Ruth’s titanic shot came at the expense of the Tigers. Historian William Jenkinson claimed that Ruth’s achievements challenged the norm, making a 575-foot home run possible.

The longest home runs ever hit in a baseball game are fun to look back upon and watch, assuming there’s a video of it. It’s amazing what these athletes can accomplish on a baseball field, including hitting balls that defy physics. 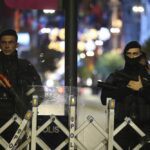 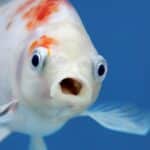 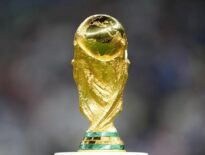 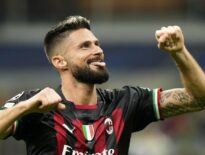